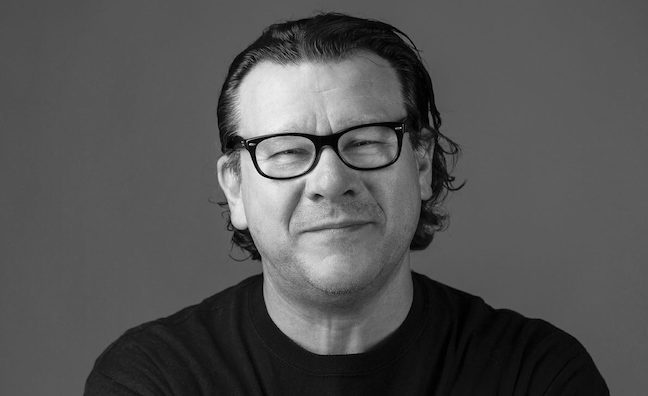 Tony Harlow has been appointed chairman and CEO of Warner Music UK.

Harlow succeeds Max Lousada, who has been chairman & CEO of WMUK since 2013, having retained the position when he assumed his global role as CEO, recorded music at WMG two years ago.

Harlow joined WMG in 2010 as managing director for Australasia, where he worked on breaking artists such as Ed Sheeran and Dua Lipa.

Harlow was most recently president of WEA, the global artist and label services arm of WMG, where he helped expand streaming-focused marketing, as well as oversee the addition of direct-to-consumer synergy for Songkick, EMP and Uproxx.

Lousada said: “Tony has a depth and diversity of experience that few can match. Ever since his days behind the counter at a Beggars Banquet record shop, he’s been a true artist champion with a total passion for music. And as an entrepreneurial leader, he has a progressive and ambitious vision for where the business needs to go next. He’ll be a great mentor to the next generation of creatives and executives, building an environment where original talent is nurtured and challenged. This is obviously a job that’s very close to my heart, and I couldn’t be leaving it in better hands.”

Harlow said: “The UK is a vital source for many of the world’s most influential artists, cultural trends, and creative innovations. At the same time, it’s been leading the way in erasing the barriers of genre and geography for international talent. I’m very happy to be coming home to work with the extraordinary, record-breaking artists and team at WMUK. I’m so pleased I’ll get to continue working with my amazing colleagues at WEA in this new role, and I want to thank Max for giving me this wonderful opportunity.”

One of Harlow’s first big jobs will be to oversee the appointment of a new label president at Atlantic, following the shock exit of Ben Cook.

Harlow began his music industry career at EMI in the UK, rising quickly through the company’s international marketing ranks before moving to Australia to become MD, EMI Music Australia in 1997.

Returning to the UK in 2002, he became CEO of Richard Branson's V2 label, and also oversaw the purchase of the Fania Music catalogue in the US. Following V2's acquisition by Universal Music Group in 2007, Harlow held various roles at UMG, including heading the international marketing team.

Warner Music UK has already held the No.1 spot on the UK singles chart for over half of 2019, including the longest-running single of the year with Tones & I’s Dance Monkey. As well as hitting No.1 with Coldplay’s Everyday Life, the major has lined up Stormzy’s second album for release on Friday (December 13).