'There was a huge appetite': How Warner Music lined up the late Q4 Stormzy album 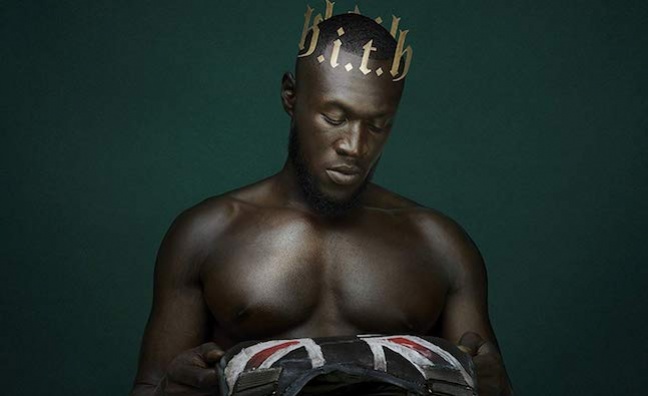 Just when everyone had almost given up on the Stormzy album coming out in 2019, it emerged that it would finally appear at the tail end of Q4.

The UK rapper’s sophomore LP, Heavy Is The Head (#Merky/Atlantic), is set to drop on December 13. Own It, a collaboration with Burna Boy and label mate Ed Sheeran, has already made a singles chart impact.

Derek Allen, SVP, commercial at Warner Music, revealed that the delay to Brexit – originally scheduled for October 31 – gave the major the confidence to push ahead with the 2019 release. Warner Music had already made a Brexit contingency plan to prevent any disruption to supplies in the busy Q4 period.

“Feedback from our trade presentations back in early September made it very clear there was a huge appetite for the new Stormzy project,” Allen told Music Week. “Our physical partners across the spectrum were adamant that Stormzy’s album should not be seen as something that existed exclusively in a digital space. So, from that moment on, we had to do everything we could to ensure a pre-Christmas release. Fortunately, with some hard work and a delayed Brexit, we were able to meet a December 13 release date. We’re confident that come the end of December, all the sweat and toil will have been worthwhile.”

The physical release of the album will undoubtedly give a late boost for music retail in Q4, alongside new Top 3 Warner Music titles from Coldplay and Rod Stewart. Coldplay’s Everyday Life debuted at No.1 on Friday (November 29) with 80,794 sales, according to the Official Charts Company. Rod Stewart’s You’re In My Heart (Rhino) orchestral album charted at No.3 (37,723 sales).

“Christmas is still a hugely important time of year for the industry - and particularly traditional retail,” said Allen. “22% of annual sales land in the final four weeks of the year, demonstrating, in some ways, that music is still the perfect gift. We believe that our line-up potentially offers something for everyone - and we hope that one or more of our albums end up in people’s Christmas stockings.”

Pick up the latest issue for a full report on another big Q4 contender, the Frozen 2 soundtrack.