Coldplay score eighth No.1 album as Q4 pace picks up 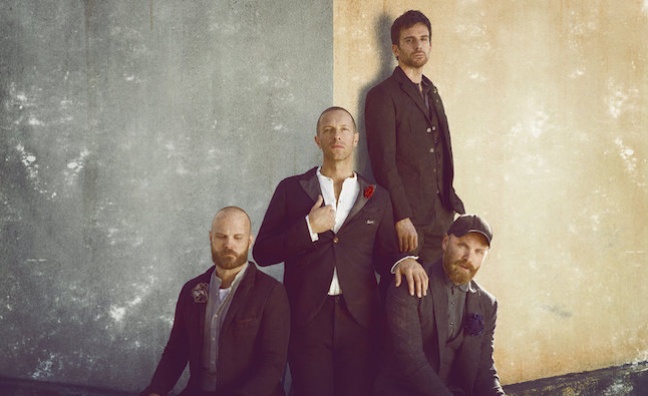 Coldplay have scored their eight consecutive No.1 album with Everyday Life (Parlophone).

The record, tipped to be one of the big Q4 releases, is the third fastest-selling LP of the year behind Ed Sheeran and Lewis Capaldi. Everyday Life opened with sales of 80,974 (including 5,895 from streams), according to the Official Charts Company.

Parlophone’s co-presidents Mark Mitchell and Nick Burgess have spoken to Music Week about the global ambitions for the record.

Robbie Williams, recently a Music Week cover star, was at No.1 in early sales flashes with festive collection The Christmas Present. It finished at No.2 with sales of 67,188, including 9,661 cassettes.

Lewis Capaldi’s Divinely Uninspired To A Hellish Extent increased sales by 86% week-on-week. With total sales of 522,358, it is now the biggest seller of the year to date.