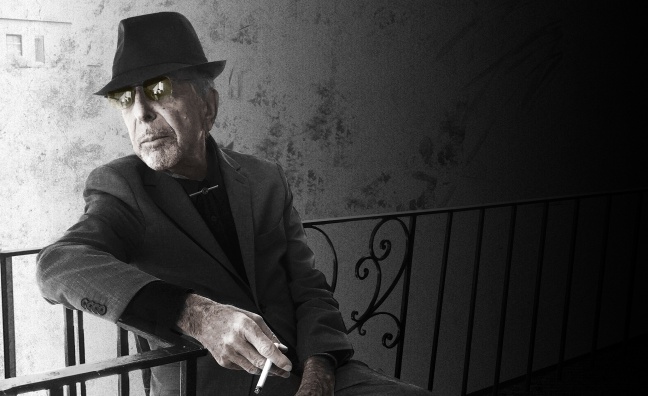 Thanks For The Dance features new songs and is described as a "continuation of the master's final work". It is released on November 22.

The singer, songwriter and poet died in November 2016, shortly after the release of You Want It Darker (Columbia). The album, which peaked at No.4, has sales of 153,460, according to the Official Charts Company.

Adam Cohen, who worked with his father on You Want It Darker, has completed the musical sketches left behind from their previous collaboration.

“In composing and arranging the music for his words, we chose his most characteristic musical signatures, in this way keeping him with us,” said Adam Cohen. “What moves me most about the album is the startled response of those who have heard it. ‘Leonard lives!' they say, one after the other.”