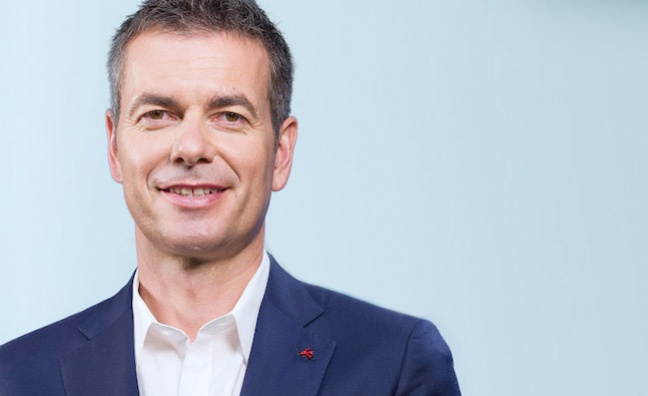 To ensure a smooth leadership transition, Kyncl and current WMG CEO Steve Cooper will serve as co-CEOs for the month of January 2023. As of February 1, 2023, Kyncl will become sole CEO of WMG and assume Cooper’s board seat on WMG’s board of directors.

Since 2010, Kyncl has played a central role in YouTube’s strategy and its impact on entertainment and culture, including overseeing its creative and commercial partnerships, as well as its operations. He’s driven the development and expansion of YouTube’s creator, artist, and media company ecosystem, while helping lead the launch of its paid subscription services, YouTube Music, YouTube Premium, and YouTube TV.

Prior to YouTube, Kyncl spent seven years at Netflix, where he led the push into streaming film and TV content, helping the company evolve into an entertainment giant.

Cooper is the longest-running CEO in WMG’s history, having been appointed in August 2011, following the purchase of the company by Len Blavatnik’s Access Industries.

“During Cooper’s leadership, the company has expanded its investment in artists and songwriters, grown its global market share, and diversified its revenue sources,” said a statement. “The first music entertainment company to report streaming as its largest source of recorded music revenue, WMG has now established a reputation as a Web 3.0 innovator.”

In the last decade, the company has acquired companies such as Parlophone Label Group, Gold Typhoon, Spinnin’ and 300, launched operations in over 20 additional countries, and assembled a network of D2C destinations under the WMX banner.

WMG’s board of directors said: “After a thorough search, we’re delighted to be appointing Robert Kyncl, who will make an outstanding leader for WMG’s continued transformation and success. We thank Steve for his many accomplishments over more than a decade, and we look forward to welcoming our new CEO in January.”

Len Blavatnik, founder and Chairman of Access Industries, said: “Robert is the right CEO to meet this moment. His command of technology to serve creativity will unlock new opportunities at scale for artists, songwriters, and their teams. He sees over the horizon to find ways to make world-class entertainment accessible for all.

“It would be difficult to overstate our gratitude to Steve for all his expertise and hard work. He has done an exceptional job driving the company from decline to growth and spearheading its 2020 IPO. He has established a strong management team and culture, and his tenure at WMG will benefit the music ecosystem for years to come.”

Robert Kyncl said: “Music is an incredible creative force, with an unmatched ability to bring emotions, build communities, and propel change. We’re just at the beginning of what’s possible in recognizing music’s true power, value, and reach. Thanks to Steve and his team, WMG is very well positioned for a future of serving artists and songwriters, as well as their fans. I’m looking forward to partnering with Max [Lousada], Guy [Moot], Carianne [Marshall], and all of the company’s leadership, and I thank WMG’s Board of Directors, Len, and Steve, for this once-in-a-lifetime opportunity at this iconic company.”

Steve Cooper said: “Robert is a fantastic choice for CEO. He’s a hugely talented executive who’ll bring dynamic energy to WMG and the music entertainment business. He’ll have world-class partners in WMG’s senior management and global team. I’m very proud of all we’ve accomplished together, attracting and nurturing amazing artists and songwriters, while leading the industry in the use of new technologies and the expansion into emerging markets. After a smooth handover with Robert is complete, I’m looking forward to becoming a full-time fan of the best team in the business.”

Recruited by Netflix in 2003 to work on its DVD-by-mail business, Kyncl volunteered to explore the potential of streaming video in 2005 and helped deliver the debut of Netflix’s streaming service in 2007. Having forged wide-ranging relationships across entertainment culture, he joined YouTube in 2010. He began his career in the mailroom of a talent agency, J Michael Bloom, and then worked for HBO International, before joining a kids entertainment start-up, ALFY.

Robert Kyncl and his wife Luz run the Kyncl Family Foundation, which provides financial assistance to students from underrepresented communities pursuing STEM degrees. He is the co-author of Streampunks: YouTube And The Rebels Remaking Media.