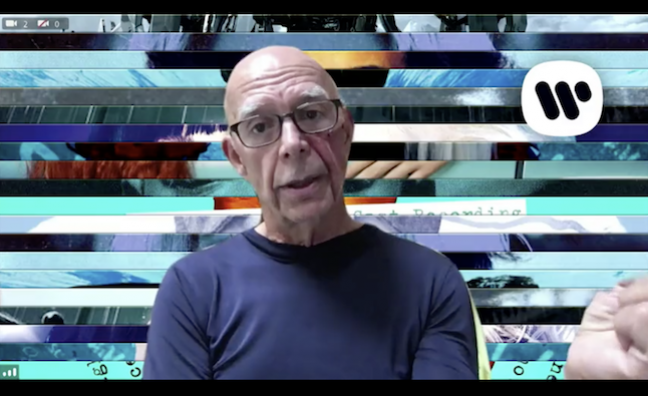 Warner Music Group CEO Steve Cooper is to step down.

The chief executive of the major will exit in 2023 following the search for a successor. The transition is expected to take place by the end of 2023.

Cooper has been at the helm for 11 years, during which time the global recorded music market has seen a turnaround and Warner revenues have surged.

He joined WMG following the 2011 acquisition by Access Industries for a $3.3 billion price tag. The company went public again in 2020 - despite the disruption from the pandemic - and Cooper oversaw the IPO. Access Industries continues to have a controlling interest.

His departure was first reported in the Wall Street Journal and later confirmed by WMG.

“I’m now six decades into my career, and of everything I’ve done, this is the job I’ve enjoyed the most,” Cooper wrote in an email to staff (as reported by the WSJ). “We’re just at the beginning of a new golden age of music."

Under his leadership, Warner Music Group hit a new revenue high last year thanks to the performance of superstar artists including Ed Sheeran, Dua Lipa, Coldplay and Silk Sonic. Revenue was also up year-on-year in Q1.

Halfway through his tenure, UK exec Max Lousada was appointed as recorded music CEO at the major. Lousada could now be a leading candidate to succeed Cooper, who's 74.

A candidate to replace Cooper could come from inside or outside of the major, according to Cooper’s staff email.

One of the most significant moves of Cooper's spell in charge was the £487m deal for Parlophone Label Group from UMG. Warner acquired the labels, including the repertoire of Coldplay, Kylie Minogue, Pet Shop Boys, David Guetta and Kate Bush, following the sale of EMI to Universal and the requirement of regulators for Parlophone to be sold.

I’m now six decades into my career, and of everything I’ve done, this is the job I’ve enjoyed the most

In reaction to the Q1 figures, last month Steve Cooper said: “Warner Music Group’s unique combination of scale and agility gives us, our artists, and our songwriters an edge in music’s ever-expanding universe of opportunity. We continue to build our unparalleled artist development expertise, our differentiated approach to global expansion, and our ground-breaking commitment to innovation at the intersection of music, gaming, social and fitness. We’re equally excited about the amazing new releases we have lined up for the rest of the year, and the possibilities on the horizon.”

Under his leadership, the company has been busy expanding into the metaverse and signing new digital deals, which he alluded to in that Q1 statement.

Despite the optimisitc outlook, there are challenges for an incoming CEO, including the halving of the share price since October 2021, the general economic pressures and increasing maturity of streaming markets, which could inhibit further growth.

Cooper has himself been ready to address the issue of ARPU (average revenue per user) from streaming services.

There have also been a series of big acquisitions, including 300 Entertainment, and a growing media division. Catalogue deals in the past year include David Bowie, David Guetta and Madonna.

In its influential Music In The Air report this month, Goldman Sachs noted that, at No.3, Warner had gained some market share in 2021.