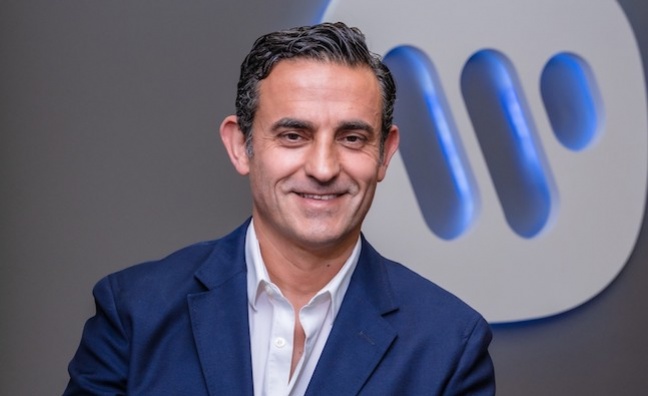 Perez-Soto’s emerging markets brief covers Sub-Saharan Africa, the Middle East and North Africa, India and South Asia, the Eastern Mediterranean and Eastern Europe. These markets are home to 3.2 billion people, who are increasingly able to access music through a range of digital services that are being monetised for artists and labels.

With around 60% of music consumption on streaming services in these emerging markets being of local repertoire, WMG stated that “building a diverse roster of artists rooted in the cultures of these countries is imperative”.

“The unique rhythms and sounds of these cultures are also set to become hugely more influential internationally in the years ahead as the music industry becomes more global,” said the major in a statement.

Warner Music will be stepping up its A&R presence in these markets through a combination of direct signings and key label partnerships. This strategy has already seen a number of significant moves over the last decade, including the opening of Warner Music affiliates in South Africa (2013), the Middle East (2018), Turkey (2020) and India (2020); the integration of EMI affiliates in key Eastern European markets (2013) and the acquisition of Polskie Nagrania (2015); as well as a string of strategic deals with business partners including Chocolate City (2019), Dogan Music (2020), Africori (2020), Ziiki Media (2020) and Tips and Sky Digital (2021).

Alfonso Perez-Soto said: “I’m super proud to take on this new role and truly excited by its scope. I want to unlock huge opportunities for artists from the diverse tapestry of countries that we classify as emerging markets.  I’ll work round the clock to build a global stage for them to stand on, connecting them with fans in their home countries and far beyond. We want to be the partner of choice for every ambitious artist and label from Gdansk to Cape Town, from Dakar to Dhaka.”

Simon Robson added: “Alfonso is a force of nature who will always go the extra mile for our artists and seizes exciting and innovative opportunities.  The increasing connectivity of music fans in emerging markets is opening doors for artists worldwide, but the huge volume of music on streaming services means that, more than ever, they need a partner who can help them cut through and find an audience.  We believe that these markets are set to be ever more culturally influential as the music market becomes more global in the years to come.”

Perez-Soto has been a key player at Warner Music for many years. He first joined the company in 2005 as VP of business development for Latin America and US Hispanic Markets, while later serving as SVP, business development and chief commercial officer for emerging markets.  In 2018, he was named as EVP, Eastern Europe, Middle East and Africa.