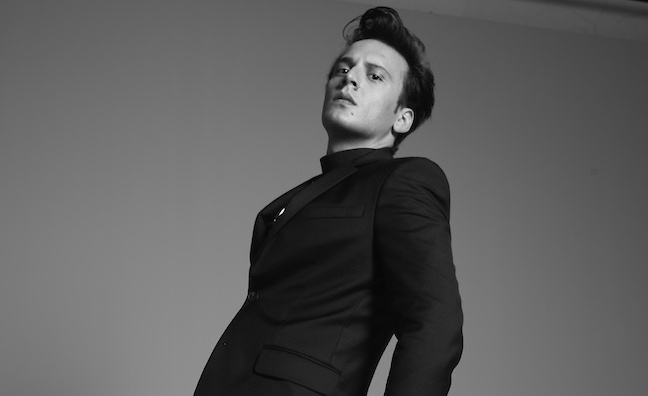 Edis Gorgulu is a major artist in Turkey, where he is known by his first name. In 2014, he broke through with debut single Benim Ol and his rise continued with the chart-topping singles Olmamis Mi (2015), Dudak (2016) and Cok Cok (2017). His debut studio album, An, was released in 2018 and put him amongst Turkey’s Top 100 best-selling artists. Edis became the most searched name on Google Turkey in 2015 and 2017.

Nirvana, his duet with Gulsen, one of the biggest pop stars in Turkey, made a major impact last year.

There are now plans to expand the global reach of Edis by pairing him with international producers and artists for new music in 2021. Warner and Dogan also have global ambitions for Aleyna Tilki.

Edis was originally born and raised in London, until his family decided to move back to Turkey when he was two years old. He started taking piano lessons when he was four, and as a teenager became a soloist in the Izmir Kent Orchestra. Edis can sing in English, French, Spanish and Turkish.

Edis Gorgulu said: “This is an exciting new chapter for me. I want to thank my fans in Turkey and elsewhere who’ve gotten me to more than a billion views on YouTube so far. I’ve always had a global outlook and I want to be an artist who makes music for the whole world. Now I have the perfect team to make this dream come true.

“Thanks to Warner Music, Dogan Music and my team at EDS for managing this process in a great way. I’ve been working with musician friends in the studio for months, recording songs in Turkish and many other languages. We won't stop until we make the whole world happy with our songs! Please support everyone who has a dream, this is very important for those on tough journeys. I hope to make everyone who has supported me and believed in me on my journey proud with everything I’m doing.”

Alfonso Perez Soto, president, emerging markets, Warner Music, said: “Edis is not only an incredible artist, but he is a fantastic person and a perfect fit for Warner Music. He has an amazing story, unique vision and extraordinary talent and we can’t wait to share his brilliant work with the world.”

Gulce Ozyesilp?nar, GM of Warner Music Turkey, added: “This is a milestone moment for Warner Music Turkey as we welcome one of the countries most talented artists into our company. We are serious about driving a cultural conversation between Turkey and the wider world and Edis is the perfect artist to help us do that.”

Samsun Demir, CEO, Dogan Music Group, said: “It’s been so rewarding helping Edis build his musical career over the years and I know there’s still so much more to come. Along with Warner Music, I’m sure we can take him to the global stage and show the world his talent.”

In 2021, Edis won Turkey’s GQ Men of the Year’s top honour. He also broke the YouTube Turkey record for the most live views with his Vodafone Arena Stadium show, which attracted 5.7 million people.