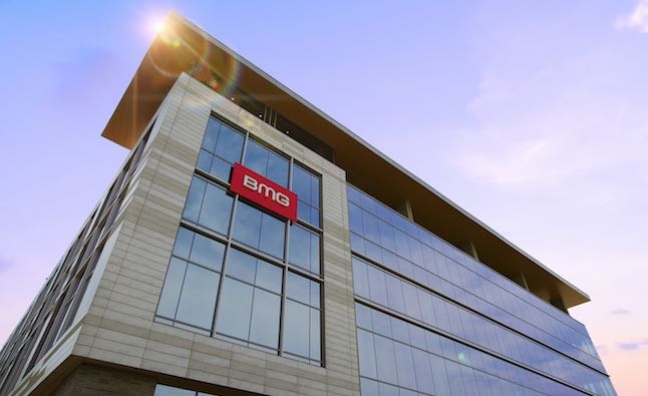 BMG has opened its new, state-of-the-art Nashville complex to its artists, songwriters, and the Music City community.

The move comes as the UK operation is removing barriers between divisions to drive synergies.

Ten years ago, BMG first established a base in Nashville with the acquisition of Crosstown Songs. Considered as a standalone BMG territory, BMG Nashville is now the company’s third biggest worldwide, after Los Angeles and the UK, but ahead of Germany.

The newly developed 36,000 square foot, two-floor music facility is in the heart of Nashville’s historic district on Music Row. It is designed to provide BMG’s employees, artists, and songwriters with a more efficient, modern and collaborative environment.

BMG CEO Hartwig Masuch said: “The significant investment we’ve made and continue to make in country music, expresses how important Nashville is to BMG. We will continue to champion our songwriters and artists inside and outside of Nashville and develop opportunities and growth for our artist’s careers both in the US and internationally.

Jon Loba, EVP recorded music, Nashville, said, “In the short two-and-a-half years since BBR Music Group became BMG, the development and growth has been absolutely phenomenal. The goals we set forth are not only being achieved but surpassed. Country music is one of the most dynamic genres in the world and BMG has the team and global platform to deliver not only in the US, but internationally. We’re offering a new route to the worldwide market.”

BMG’s Nashville operation has grown from 20 staffers dedicated to publishing to nearly 100 employees evenly split across publishing, recordings, and operations overseeing all aspects of BMG’s business.

Kos Weaver, EVP BMG Nashville, said, “The new Nashville set-up typifies the BMG approach. It’s a thrill being in an environment where you have writers working on a song in one room, the creative A&R team just outside those doors, an impressive full-service record label just beyond that, and a world-class administrative team all seamlessly integrated in the same office.”

Scott said: “Nashville is the operational heart of BMG in the US, serving not just the Nashville operation but LA and New York too. We are delighted to be united with the frontline recordings and publishing teams in a single space with all the benefits that brings.”

“We are incredibly proud of our new complex in Nashville," he said. "It’s a new landmark both for BMG and for Nashville.”