'We want to sell as much physical product as possible': BMG's Hartwig Masuch on the co-existence of CDs and streaming 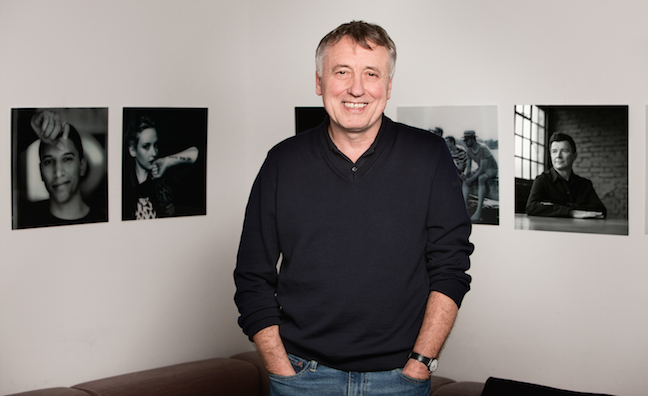 BMG growth is continuing, particularly in the recorded music sector, according to latest results for the first half of the year.

In the latest issue of Music Week, CEO Hartwig Masuch opens about the company’s commitment to physical music. This year BMG had major success with high-end editions such as the reissue of Keith Richards’ Talk Is Cheap, which was its fifth biggest-selling project so far this year.

In a bonus online Q&A, Masuch looks at the opportunity for physical sales, wider company synergies and, of course, Brexit…

“It’s in flux, from initially looking at allocation of resources we thought ideally 50-50, then 60-40. It’s opportunistic, so suddenly if there is a great play in recordings that is attractive to us, then it might go even to 70-30 recordings versus publishing ratio.”

Are you monitoring your UK chart market share figures?

“Honestly, I don’t think chart share is a metric we look at, so I really don’t wake up in the morning looking at our chart market share. We look at what’s the opportunity for growth, that’s numbers in absolute money.”

But you’ve had No.1 albums success in the UK. Are you playing a big part in supporting the physical market here?

“In some countries, specifically countries with incredible complexity to deliver physical sales, it’s become discounted. [But] I think what we see is definitely a resurgent interest in having a broader view of what you buy rather than just listening to it [on streaming services].”

Would you consider holding records back from streaming?

“No, we view it as complementary. I would make a big bet that the more attractive the physical outlets become on the High Street then the more physical sales we will see. Because it’s a different cultural dimension that we’re [appealing to] if you do it the right way. I don’t think people buy vinyl albums because they don’t want to stream, you are addressing different consumer behaviour and a different sentiment.”

We’ve seen recent deluxe editions from acts ranging from Taylor Swift to Tool. Is there an opportunity for physical growth and value too?

“I think people are interested in physical music experiences and you have to deliver it to them, or you have to engage with them in a different way. I’ll give you an example: in Germany the physical business was basically reduced to the electronic [stores]. It’s just not a very attractive proposal. Some artists who hadn’t thought about it maybe five years ago as a top priority are suddenly looking at it differently. For fan engagement, the offering is very effective.”

“I think being proud of the highest digital share at whatsoever price and discounting physical is a logic we don’t follow. We think you have to be much more mindful of what kind of repertoire you talk about and have a very clear position. We want to sell as much physical product as possible, that means we have to be as attractive and as available as possible.”

What are the opportunities for synergy within BMG and the wider Bertelsmann group?

“Specifically aligning recording and publishing works very well, because the teams sit within the same rooms very often and definitely on the same floors, they report to the same managing directors. We have a very positive exchange within the company between people who primarily think in publishing but reach out to artists about recordings as well, and vice versa.

“In Bertelsmann, we started an initiative called the Content Alliance where all of our portfolio companies now basically sit in one room and add their resources to specific projects and platforms. That is a very strong proposal for the right artists to look at it and say, ‘How can I synchronise my ambitions in documentaries, in books, in recordings and in publishing?’. I think specifically for a couple of the artists that we work with, the interaction with books creates a totally new perspective on outlets and TV presence.”

How do you feel today about further acquisitions after ruling out more big buys last year?

“Right now, we will watch where valuations go, we feel very confident in our organic growth, but if there’s an opportunity that makes sense we will be there. But right now [valuations] look very aggressive compared to what we think we can ask our shareholders to finance, so we are taking a back seat right now.”

Sometime artists whose careers you’ve helped revive then sign to a major. How can you keep hold of them?

“We have some examples where, after we got involved, people moved on. Mostly, they were management agendas. At the end of the day, we find that the international delivery is then handicapped by the same factors that actually were making those artists think about changing to us; they move in the other direction and find out the problem is still the same. Ideally, you want to rely on your competence and not on the contract, and that might be too idealistic but at the end of the day that’s the way you have to approach it.”

Are you concerned about the impact of Brexit on the physical music supply chain?

“Obviously, we’ve had very intelligent people thinking about it for two years now. They feel confident it’s under control, but as this is obviously a lot of unknown territory we will see. But in general we are confident there will be no major disruption. The bigger problem will be the live side.”

What about your own future plans at BMG?

“I love my job. I feel strong confidence with my shareholders. I will do this as long as I can walk - I love what I do.”

To read the Music Week interview pick up the latest issue - or subscribers can click here. To subscribe and never miss a big industry story click here.