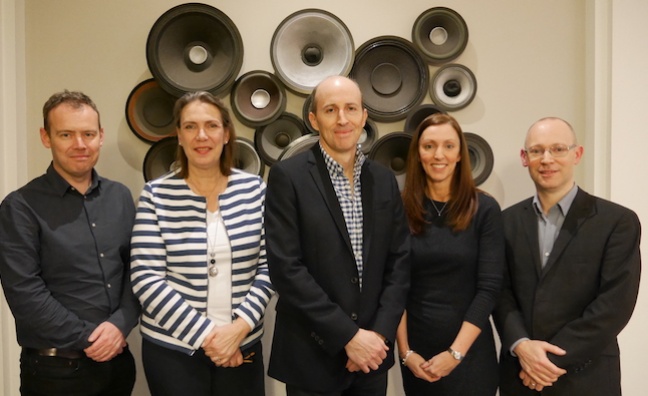 PPL has made four changes to its executive management team (EMT), which is responsible for the direction and running of the £200 million company.

As exclusively revealed in the latest issue of Music Week, Sarah Mitchell, formerly head of member services at PPL, has been promoted to the new role of director of member services. She joins the now nine-strong EMT led by CEO Peter Leathem.

Mitchell joined PPL in June 2014 as head of public performance operations, where she was responsible for generating revenue through the licensing of recorded music in public places. She was then promoted within the company to take up the post of head of member service.

Other leadership changes include Christine Geissmar becoming COO, promotion from the role of operations director she has held since 2012.  Former director of legal & business affairs David Harmsworth becomes general counsel, while Chris Barton moves to the role of CFO from finance director.

Peter Leathem said:  “All of the new role changes in the Executive Management Team are thoroughly deserved and come as a result of the hard work, tenacity and dedication that has been shown to PPL. I particularly wish Sarah Mitchell every success in the newly-created role as Director of Member Services. These changes ensure that we are not standing still as an organisation as we build upon a strong previous financial year of record revenues and strive to deliver an ever better service to our members.”

The appointments follow the recent signing of Rita Ora to neighbouring rights representation as PPL continues to drive international collections.

PPL is also set to launch its new JV with PRS For Music.