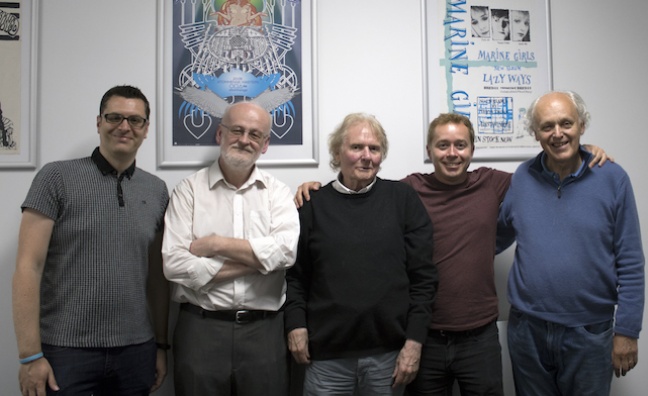 Cherry Red Records has announced they have acquired the extensive catalogue of Witchwood Media, home to the music of the Strawbs and a roster of other related artists.

The acquisition follows the release of Strawbs’ 2017 record The Ferryman’s Curse, on Cherry Red’s Esoteric Recordings imprint. The

Speaking about the deal, Cherry Red managing director Adam Velasco said: “We enjoyed working with Strawbs on The Ferryman’s Curse and it was a successful project for us. To bring the Witchwood catalogue to Cherry Red is very special. We are looking forward to bringing this wonderful collection of albums on catalogue under the Cherry Red umbrella in the coming months”.

Witchwood was established by Strawbs founder David Cousins in November 2001 as a vehicle to release archive recordings by the band and subsequently new albums and DVDs.

Cousins added: "Cherry Red's successful promotion of Strawbs' new album The Ferryman's Curse delivered the band's first chart record since the 1970s. It was obvious that Cherry Red was the company with the potential to maximize the Witchwood Media catalogue in the future. We look forward to a creative and productive partnership."

In February this year, Absolute Label Services revealed it had signed a worldwide digital distribution deal with Cherry Red Records for catalogues obtained by Cherry Red through the Warner Music Group divestment  process.

You can read Music Week’s 2017 with Adam Velasco here.