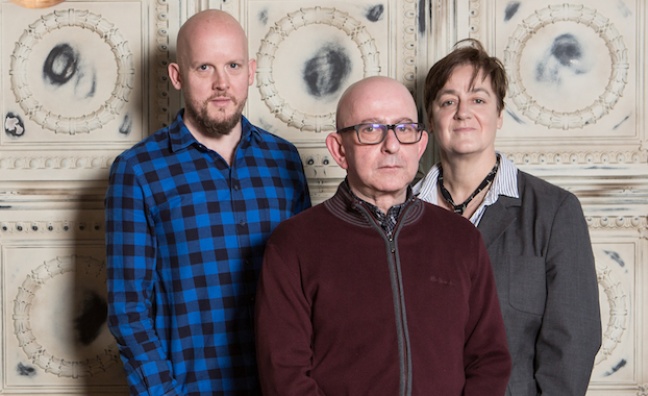 East West Records UK has expanded its A&R operation with the recruitment of award-winning exec Paul Samuels, who has spent two decades at Atlantic.

As exclusively revealed in the latest issue of Music Week, Samuels will oversee A&R at East West and work alongside GM Angie Somerside. Adding to his duties at Atlantic Records with artists including Birdy, James Blunt and Kwabs, Samuels’ new title is VP, A&R, Atlantic & East West Records UK. Samuels, who reports to label president Dan Chalmers, was promoted to VP, A&R, Atlantic Records UK in 2014.

Dan Chalmers, president, East West Records, Rhino and ADA, said: “Paul’s appointment and the launch of Warner Music Entertainment are a sign of our intent for East West. We’re determined to grow the label’s reputation as a home for artists with the power to move pop culture and the talent to become household names, whatever the genre. Paul is widely respected for his ability to discover and nurture exciting acts that have had huge hits and long careers, and pairing him with Angie, who is one of the most inventive marketers in the business, makes for a dynamic combination. As we invest more in A&R, we’ll be nurturing a new generation of stars at East West, while providing an industry-leading service to mainstream stars at Warner Music Entertainment.”

Paul Samuels said: “I’m really excited for the chance to work with Angie and Dan on the East West revival. They’ve already begun to create an impressive roster, together we’re going to develop it further and recapture the spirit of the legendry label. East West has always been known for extraordinary artists like Áine Cahill and I can’t wait to introduce even more quality new voices to the mix.”

“We’ve already had some impressive success and I can’t wait to take it to the next level with Dan and Paul,” she said. “East West is synonymous with nurturing acts – and we have developed an exceptional, passionate team at the label who are all working towards helping to break some great new pop stars. This is an exciting new era for East West Records and Warner Music Entertainment.”

Subscribers can read the full East West story, including the only interviews with Chalmers, Samuels and Somerside, here. To subscribe and never miss a big industry story, click here.