Who Are You? The Who's A&R Richard O'Donovan on the band's first album in 13 years 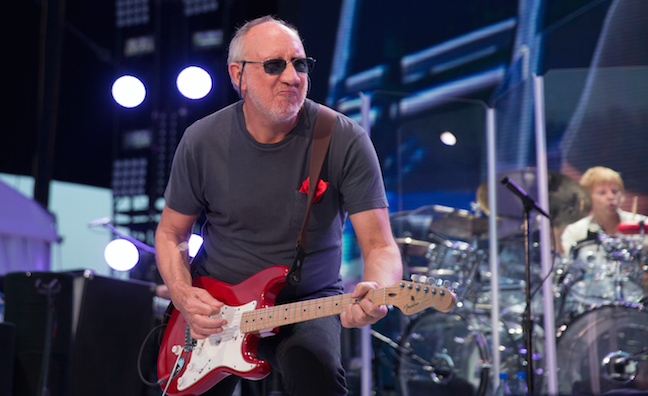 The Who have returned with their first album in 13 years. The Who LP could be No.1 this Friday (December 13), according to the Midweek sales flash. It would be their first chart-topper since 1971's Who's Next.

Produced by Dave Sardy, though with Dave Eringa handling Roger Daltrey's vocals at the singer's request, the recording was an intricate A&R project.

As Music Week meets the team behind The Who's return, we speak to Polydor's A&R director Richard O'Donovan – who Daltrey describes as "incredibly supportive" of the project – about the album's creation...

When did you thin The Who were likely to record again?
"I’d worked with Roger on his solo album, and then I met Pete when he came in to play us some demos and the question immediately was were they Who demos or [solo project] Age Of Anxiety tracks? My first impression was they were for a new Who album very quickly."

What was the thinking behind using Dave Sardy, someone new to the band, to produce the album?
"I heard from management that Pete wanted me to be as critical of the tracks as possible so – they’d sent me 17 or 18 songs and I thought eight stood out while some others needed some work. Then I met Pete a couple of times, got into it in more detail, started speaking about producer ideas and quite quickly I thought Dave Sardy had the skillset to cover the way the record was going to be working: an element of in the studio and working remotely. He is also he’s a great mixer so I thought he was a good one stop shop. That’s what Pete wanted as well so having known Dave I thought he was the perfect fit. We did a couple of tracks in [studio] British Grove to see how it would go and quite quickly the sound of the album started popping out and you realised it was going to be something quite special. It took its own course from there really."

Did you feel a big responsibility taking on a project that will influence The Who's legacy?
"Your first feeling is it’s daunting because it is a bit of history, but if I’m being honest as much as it was fun to work on the quality of the songs always shone through. A couple of the tracks struck me as special. If you want to work on a project like this, you want it to be as good as possible but once you start hearing songs like Hero Ground Zero, I’ll Be Back and Detour and you figure out how they work, how Roger inhabits the track and how they make the songs between them – Roger taking what Pete points towards and makes it possible – once you see that process working you realise it is going to be something special. It’s an unusual way of working but it really works."

You had a separate producer for Roger's vocals, did the project require a lot of coordination?
"I tried to be a good conduit between the two sets of studios, sharing information and sometimes just getting Dave to speak to Roger so we kept the same sense throughout. The two Daves [Sardy and Eringa] were so easygoing and put their egos aside and communicated which really helped the project. It was just about communicating and moving things forward."

Who has a very contemporary sound, where did that come from?
"You realise very quickly that Pete, in particular, is a complete culture vulture. He would be aware of some German electronic music on SoundCloud, so it wasn’t about trying to recreate something that had gone before, we were trying to make sure things sounded contemporary while doing service to The Who. You knew when something was right and immediately when something was wrong, say a little bit pastiche. It was about being incredible honest because both of them can smell bullshit a mile off."

Roger's vocals really stand out on this album.
"His voice is incredible. His range is so good. We were lucky he did the Wembley Stadium gigs before the final vocals for the album. His voice is stronger now than it’s been in years and Pete knows how hard he can push his voice, he won’t hold back. He’d come back with two or three vocals in one day and there would be nothing to change."

What are your aspirations for this record?
"It’s about creating as much awareness as possible in advance about how good the music is. They still have that ball of anger in them. There are two tracks [from this album] already in the live show and they stand up as good as anything they have in their catalogue. I think there’s going to be a lot of goodwill when people hear the record. I went back and listened to their whole catalogue and this record really stands up. It’s as good as anything they made in the 70s, it’s that good."

Subscribers can read Music Week's exclusive interview with The Who's Pete Townshend and Roger Daltrey.