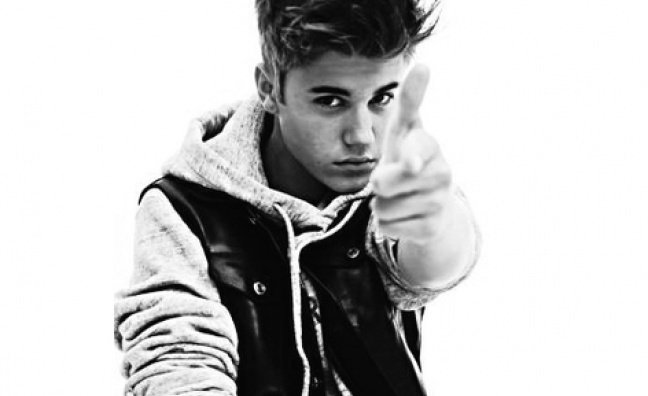 Promoter AEG Live has hailed Justin Bieber’s development as a live performer in the wake of a sensational 12 months for the star.

The 22-year-old has played 110 shows across the globe since his Purpose World Tour opened in March, shifting a mammoth 857,598 tickets for its 48-date European leg, which included 16 arena dates in the UK, and wound up on November 29 with his last of six nights at The O2 in London.

“Justin is really enjoying himself, on and off stage,” Simon Jones, VP, live music, for AEG’s Goldenvoice UK division, told Music Week. “He's 22 years old and is now a fully-fledged global superstar, who likes to perform. He wants to be on the road and he wants to play.

Bieber, who is represented by US-based CAA agents Marlene Tsuchii and Rob Light, has worked with AEG since his debut concert tour in 2010. “He has grown in his ability to control an audience,” noted Jones. “He has learnt how to get the crowd to react exactly how he wants them to. He is a consummate professional and a consummate performer.”

The singer, who also headlined August’s V Festival, returns to the UK in the summer for concerts at Cardiff’s Principality Stadium and AEG’s British Summer Time Hyde Park. “We put the whole of the European tour on sale the week before Christmas in 2015 - and pretty much all tickets sold immediately, so nobody's been able to buy a ticket for a Justin Bieber concert for a whole year - and he's had four or five more hits since then," noted Jones.

“Collectively AEG Live, CAA and Scooter Braun - SB Projects - see that it's the right time to go out again and also visit markets that he hasn't been to for a long time such as South America and Australia, as well as coming back to Europe again.”

It marks a far cry from Bieber’s last UK tour in 2013, when he drew scathing reviews for arriving late on stage for a concert at The O2. Since then his profile has largely been transformed, although some of his onstage antics have continued to draw criticism from the tabloid press.

“When you're on that sort of ascent, the press almost find it a sport to try and bring you down a peg or two,” said Jones. “Justin has probably come to expect it, but what they can't deny is that he puts on a brilliant show - that is undeniable when you see thousands of people, screaming back at him.”

Back in January, Bieber made chart history by becoming the first artist to simultaneously hold the Top 3 positions on the UK’s Official Singles Chart.  Sorry is his biggest selling single with 1,917,145 units sold, followed by Love Yourself (1,835,264) and What Do You Mean? (1,664,381). He also gained further success as a featured artist on Major Lazer’s Cold Water and DJ Snake’s Let Me Love You. Sales of Purpose, meanwhile, have topped a million (573,575 physical).

“People are into Purpose that nobody thought would be,” added Jones. “It crosses over many genres and hits the notes in terms of garnering people's interest because it's got ballads R&B, hip hop in there and pop in there; it's crossed over so many boundaries.

“Scooter Braun has done a fantastic job in shaping Justin’s career and Justin has done a great job to mould himself into a very accessible artist. He doesn't get enough credit for how talented he is."