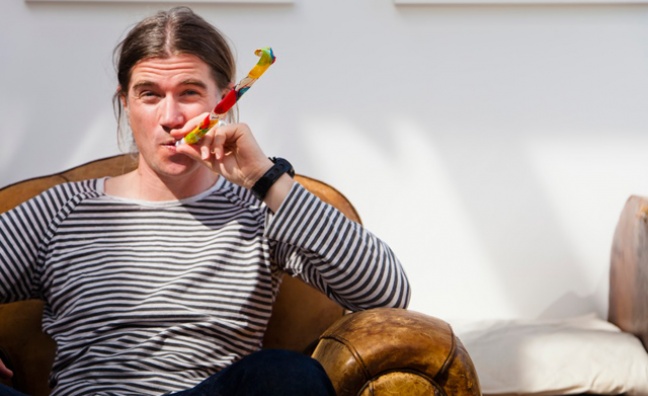 The Association Of Independent Festivals (AIF) has announced the return of its flagship Festival Congress to Cardiff for its fourth year from October 31.

Selling out every year since its inception, this year's conference at Wales Millennium Centre will be based around the theme of Pseudoscience to play homage to experiments made by scientists and festival promoters alike.

The two-day event, which accommodates 400 delegates, will be led by a keynote by artistic director and CEO of Manchester International Festival, John McGrath, in addition to quick fire talks from author Zoe Cormier about her book Sex, Drugs and Rock N Roll: The Science Of Hedonism And The Hedonism Of Science, and Creative Industries Federation CEO John Kampfner, who will speak about creative industry ‘red lines’ on Brexit.

“We’re back for a fourth year with Festival Congress, the ultimate conference and festival party for the independents," said AIF co-founder Rob Da Bank (pictured). "We’re proud of how essential this event has become and all at AIF HQ are buzzing to be joining the dots between festival promotion and science this year, in what promises to be a packed and extremely fun couple of days in Cardiff.”

Elsewhere, Dr Julia Jones of Found In Music will discuss her forthcoming book The Rock N Roll Guide To Staying Alive, exploring the lifelong effects of music on human behaviour and the positive effects that music has on well being.

There will also be a Question Time-style panel exploring political issues in relation to festivals and featuring some leading lights of the independent festival world, with other key topics at the conference including event security, welfar booking processes, up scaling small festivals and creative production. Another headline panel discussion will explore the next steps of AIF’s Safer Spaces campaign, which reiterated the zero tolerance approach that festivals have to sexual assault with a 24-hour coordinated website ‘black out’ in May.

Attendees include festival organisers from the likes of Glastonbury, Bestival, Boomtown Fair, Kendal Calling, Shambala, End of the Road and Liverpool Sound City.

The full conference programme will be announced in September. Tickets are on sale now; priced at £100 for AIF members, £135 to Friends of AIF and £200 general sale exclusively through headline event ‘Gold’ sponsor The TicketSellers.