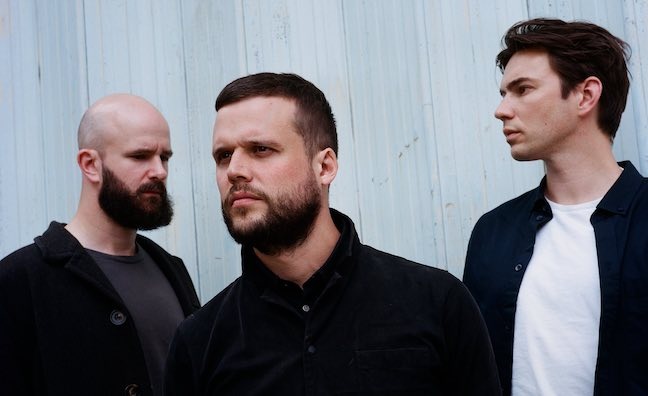 An influential cross-party group of MPs and peers issued a major report today calling on the government to remove the barriers facing UK musicians touring the EU.

The move follows calls from across the music industry about the soaring costs and red tape involved in touring the EU post-Brexit.

Since the trade deal between the UK and EU in late 2020, Music Week has reported on the fallout from the lack of provision in the agreement for visa-free touring, which a minister later described as “not consistent with Brexit”.

The All-Party Parliamentary Group on Music (APPG on Music), which numbers more than 100 MPs and Peers, published the Let the Music Move - A New Deal for Touring report, which outlines the urgent action the government should take to help UK musicians and crew tour Europe more easily.

The report warns that UK music workers are “facing more costs, more complications and getting fewer opportunities” since the UK left the EU at the end of January 2020.

The key issues include complex post-Brexit restrictions on short-term working in the EU for UK music workers and the inability to use UK trucks for British musicians touring Europe.

Sir Elton John has warned that less established UK artists risked “being stuck in Dover” and that the industry was facing long term damage if the situation was not resolved. The Music Week cover star revisists the problem in our latest issue.

In a statement to the APPG on Music inquiry, undertaken for the report, Sir Elton John said: “The government has had a golden opportunity to fix the problem while Covid was closing down touring. While some progress has been made that opportunity has been allowed to slip…

“The heartbeat and future of our vibrant industry face finding themselves stranded in Dover through no fault of their own.”

White Lies (pictured) were forced to cancel a show in Paris in April, after their equipment was “detained by Brexit legislation leaving England”.

The band criticised the “painful and unworkable” post-Brexit regulations facing UK musicians and crew, which had forced them to cancel a gig.

White Lies said: “It cost the band (and our fans) financially and emotionally, and shouldn’t have happened. We have the resources to pay experienced professionals to guide us through the red tape, but the reality for newer acts is that touring in Europe could become an impossible dream.

“We welcome all proposals for extra funding, designated websites to provide clear guidance, the cutting of red tape, and the appointment of a touring tsar to help expedite all of the above. These changes can go some way to helping this country’s musicians and performers to not become a cultural casualty of Brexit.”

The APPG on Music report concludes that more UK government action is urgently needed to tackle issues around visas, as well as the movement of kit and merchandise.

Trade bodies have helped secure improvements in some EU countries, such as Spain, and there are now many countries where visa-free touring is possible. But challenges still remain for artists and their teams.

The report’s key recommendations to the government to help remove the barriers to touring the EU and continue the sector’s recovery include:

- The appointment of a “Touring Tsar” to coordinate the response of government and other stakeholders to the issues facing touring cultural workers.

- The creation of a Transitional Support Fund to help UK music exporters deal with increased costs of trading in Europe post-Brexit.

- The establishment of a new Music Exports Office and a new ‘one-stop’ website to help British music firms exporting to the EU.

- The government should work with EU nations to set up a Cultural Touring Agreement to cut red tape and costs involved in EU touring.

- An overhaul of the Trade and Cooperation Agreement to exempt music workers supporting cultural performances along with changes to ensure all EU states allow musicians to work up to 90 day days in each 180-day period.

- An expansion of the number of border points where documents such as carnets and Music Instrument Certificates can be checked.

In 2019, before the impact of Covid-19, the international touring sector contributed towards the £2.9 billion generated in export revenue, as British talent was showcased across the globe.

Kevin Brennan, chair of the All-Party Parliamentary Group on Music, said: “We have heard evidence from right across the UK music industry about some of the horrendous problems musicians and crew face touring the EU.

“It’s over two years since Brexit, yet there is still a mountain of red tape and extra costs that musicians and crew have to deal with before they can play to fans in many EU states.

“Our recommendations include the appointment of a Touring Tsar by the government who could work across government departments to get rid of restrictions that are hampering the growth of the music industry and creation of new jobs.

“Without urgent action there is a very real risk that the talent pipeline on which the UK music industry relies will be badly damaged for years to come.”

Jamie Njoku-Goodwin, chief executive of UK Music, said: "This excellent report from a cross-party group of MPs and peers spells out with crystal clarity the challenges many musicians and crew still face when they set out to tour and work in the EU.

"The influence of British music right across the world is one of the greatest examples of the UK’s soft power. Touring musicians are ambassadors for Britain and government should be doing everything it can to help remove the barriers they face.

"The UK is a global music superpower - if we want to keep it that way, then it's mission critical we remove the barriers facing touring musicians and Let The Music Move."