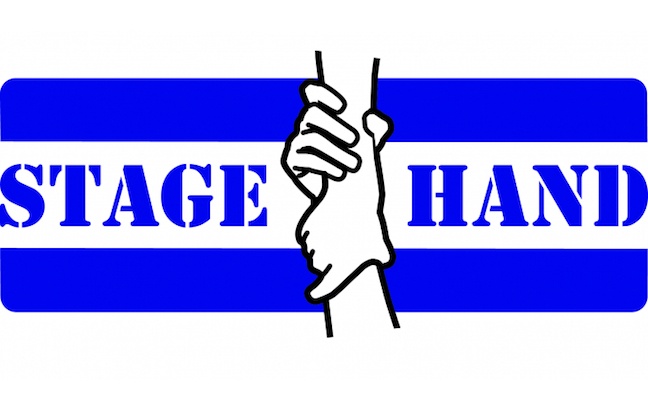 The initiative will raise funds for the production staff and stage crew impacted by the loss of work caused by the pandemic.

Stagehand is the only UK charity specifically dedicated to providing hardship funding for live events industry workers, and aims to raise at least £1 million before Christmas.

“On February 25, I was thrilled to go and watch Fontaines DC perform a triumphant show at the legendary Brixton Academy,” McAndrew told Music Week. “Little did I know that would be the last show I would attend this year. Dozens of concerts, tours and festival bookings planned for 2020 and 2021 have since been postponed, rearranged, or cancelled as the impact of this global pandemic has shut down our live industry.

“The consequences have proved hugely challenging – but for those freelance men and women who we rely on for their tour services, production skills and expertise, the outcome has been catastrophic. Many crew members who have lost their livelihoods have also been overlooked by the various government support schemes. Their situation is now critical.”

The #ILoveLive campaign has been spearheaded by artist manager and promoter David Stopps, and Andy Lenthall and Mike Lowe at Stagehand. They appealed to the PPL, the BPI, major record labels and artist management companies, and raised £280,000, most of which went to the 300 crew members in the most desperate need earlier this month.

The idea for a prize draw was suggested by McAndrew. He had previously set up a similar draw to benefit the Music Venue Trust, which raised £128,000 for a guitar signed by Arctic Monkeys frontman Alex Turner. David Stopps and Ian McAndrew, together with Paradigm booking agent Tom Schroeder, have since reached out to the music community for more one-off auction items.

“Touring artists understand and value the extraordinary work their crew and production staff undertake to ensure a show happens and many are now keen to offer their support,” said McAndrew. “Joining them are promoters, booking agents, record labels and rights organisations who all recognise the uncertain future and hardship our crew and events staff currently face.”

He added: “It is our firm hope that full capacity live shows will resume next year, but currently there is no consensus about when that might be. The future of many in the touring sector, including those who have long established careers in live music, is now in peril.

“The #ILoveLive campaign will help provide immediate assistance to those most in need. But I hope, moreover, it will encourage the government to extend their support to protect the livelihoods of all those remarkable men and women we rely on.”

The #ILoveLive campaign, hosted by Crowdfunder, features a list of all of the artists who have contributed prizes. Tickets are priced at £5 each. The draw is now live and remains open until 6pm on December 18. The winners will then be chosen on December 23 and prizes will be sent out in January.

Highlights of the prizes on offer in the prize draw are below.

Craig David: Signed mixing desk that he used for his third album

FKA twigs: A rare mask worn during her live show.