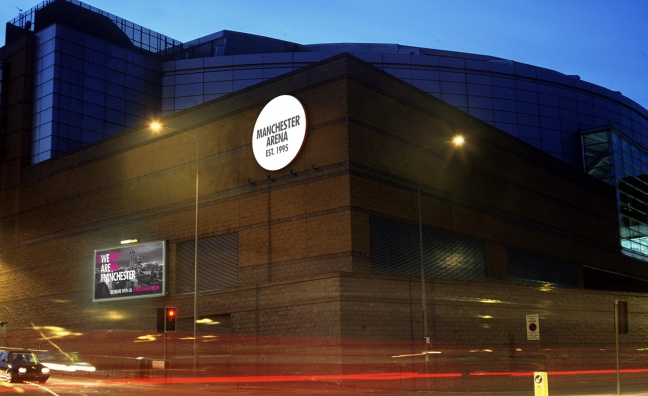 National Arenas Association (NAA) venues will take part in the national one minute's silence tomorrow to mark the first anniversary of the Manchester attack.

The atrocity, which took place outside Manchester Arena after an Ariana Grande concert on May 22 last year, claimed 22 lives and injured more than 100 others.

The NAA's 22 member venues will fall silent for one minute at 2.30pm tomorrow. "NAA venues will also be recognising our friends and colleagues working at the arena on that day who showed such bravery, compassion and professionalism under the most harrowing of circumstances," said a spokesperson.

The SMG Europe-operated Manchester Arena, meanwhile, will be closed tomorrow out of respect for the victims and their families.

Although no structural damage was caused to the arena, 23 shows due to take place at the venue between May and August 2017 were cancelled or moved to other venues in the wake of the tragedy, prior to it reopening with the We Are Manchester benefit concert, headlined by Noel Gallagher's High Flying Birds, on September 9.