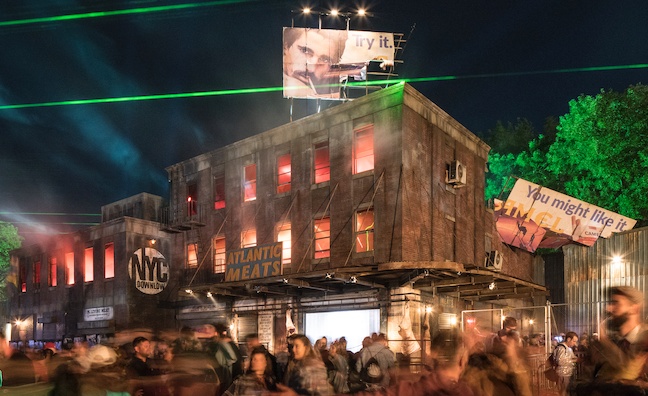 Block9 has unveiled details of its return to Glastonbury Festival, with a range of acts including Todd Edwards, Honey Dijon and more set to appear across various stages in two fields.

Block9 East will host IICON, billed this year as “an epic monument to our digital, post-truth age” and a new collaboration with Notting Hill Carnival. Meanwhile, Block9 West will host the popular NYC Downlow venue, Meat Rack and Genosys Soundsystem.

Block9 co-founders Gideon Berger and Stephen Gallagher said: “This year, Block9 is paying homage to the philosophy and spirit of [1992's] Castlemorton [rave]. Thirty years on, we continue to fight for the utopian dream Castlemorton represented. A dream of music, community, and progressive inclusivity free from state control and corporate profiteering.

“Block9 is a direct descendant of the Castlemorton epoch and retains direct links to the people, DJs and crews behind the era defining rave itself. Today, Block9 provides a festival platform for a new generation of artists and DJs upholding the very same political principles at the core of dance music both in 1992 and 2022.”

Glastonbury takes place from June 22-26, and Block9 promises to be one of the highlights, with NYC Downlow celebrating its 15th anniversary this year.

We continue to fight for the utopian dream Castlemorton represented

Across the weekend, immersive audio-visual arena IICOn will play host to performances from Shygirl, Hercules & Love Affair and more, while Olivier Messiaen’s Quartet For The End Of Time will be presented as a 3D immersive experience each night. Block9’s hook up with Notting Hill Carnival will involve a fully sustainable electric float, dancers and performances from the  Mangrove Steel Band.

The Genosys Soundsystem pays tribute to the spirit of illegal raves and will feature sets from OK Williams, Sedef Adasi, Brawther and others. NYC Downlow, now established as one of Glastonbury’s most sought after attractions, combines music and performance over a four-night line-up. Todd Edwards and Honey Dijon are joined on the line-up by Soul Summit, Grace, Justin Strauss and more.

East London performance troupe Maude Adams And All Those Children return to NYC Downlow to present a show with a different theme every night: Kink, The Love Ball, Club Tropicana and Vegas.