'We wanted to build something': Inside Glastonbury's Block9 phenomenon 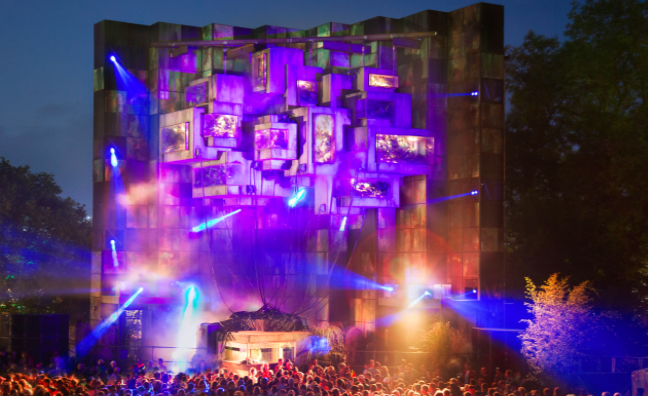 Block9 co-founder Gideon Berger has spoken to Music Week about the growth of the arts organisation's legendary late night Glastonbury dance hub – and the debut of the IICON touring attraction.

Launched by Berger and Stephen Gallagher, Block9's venues include NYC Downlow, The London Underground and Genosys, and has expanded to two adjacent fields for this year's festival – Block9 East and Block9 West.

Artists will include Larry Heard, Tony Humphries, Josh Wink and The Black Madonna.

"Steve and I were operating individually in London, freelancing," said Berger, explaining the stage's origins. "I was doing more sound system/rave stuff and Steve was doing slightly more grown up stuff, and we just decided that we wanted to stop killing ourselves for other people and try and build something ourselves.

"I was living in San Francisco and going to Burning Man every year and saw some of the amazing shit that was going on over there. I was also involved in Lost Vagueness, which was one of the earlier areas of Glastonbury in the South East corner before Arcadia or Block9."

The Downlow was a place that played dot-to-dot with the narrative in terms of the heritage of gay culture, music and clubs

"As far as I was concerned, Glastonbury was too straight," said Berger. "There was nothing queer at all at the festival and Steve and I decided to build the NYC Downlow to rectify that problem. It started the ball rolling by creating a space that wasn't just dominated by heteronormative reality. Almost all festivals are doing it now.

"The Downlow was one of the first to put our stamp on part of Glastonbury – a classic deep house sound, disco, funk, early house music, acid house – it was a place that played dot-to-dot with the narrative in terms of the heritage of gay culture, music and clubs.

"Human rights, civil rights, gay rights and house music and disco are intrinsically linked, so I hope the effect that it's had is to politicise music and say you can't have one without the other. You can't just consume music as an entertainment commodity, there's more to it and the Downlow is a way of celebrating that."

Block 9 is taking IICON on a global tour in autumn 2020 with the addition of an immersive interior show.