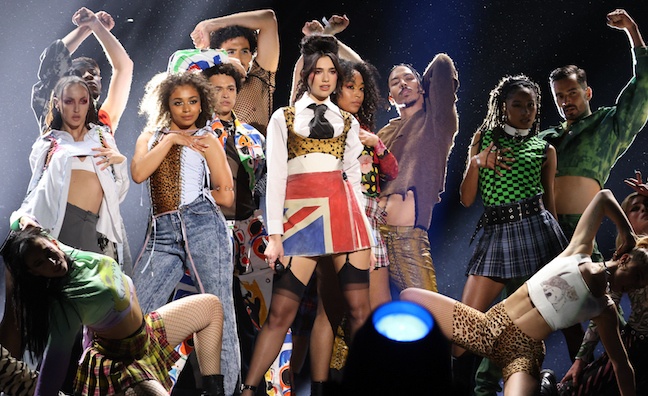 The government’s Events Research Programme at the BRITs has revealed zero cases of Covid resulting from the event, it has emerged.

The awards ceremony this month was the first indoor event with a live audience. The 4,000 guests at the BRITs had to prove they had a negative test prior to the event, as well as being tested on the night. They were then able to attend the show at The O2 without social distancing or masks.

Overall, just 15 cases of Covid-19 emerged among 58,000 people who took part in research events, including the BRITs and FA Cup Final.

Culture Secretary Oliver Dowden told the Evening Standard: “Overall it has been a real success.”

He said he was “hopeful” that June 21 would see the full-scale reopening of theatres and other venues, as laid out in the government’s roadmap for easing of restrictions.

The government is commissioning a second round of trials involving even bigger crowds at major venues. The research could determine whether Covid passports could be used to open up the live sector.

Dowden said his “laser-like focus” was on the hope of ending restrictions, which would enable capacity crowds again at theatres, cinemas, clubs, museums and music venues without social distancing or masks.

He suggested that even nightclubs could reopen with “mitigation” such as extra ventilation or testing. Dowden added that he was also “hopeful” that venues could sell every seat rather than require some to be empty.

The second wave of trials will help prepare the government for the possibility of another Covid surge, possibly from a new variant.

“Even after June 21 we need to make sure we’re fully equipped for potential challenges,” Dowden told the Standard. “Irreversibility is a really important part of this.”