Glastonbury receives £900,000 in latest round of Culture Recovery Fund grants 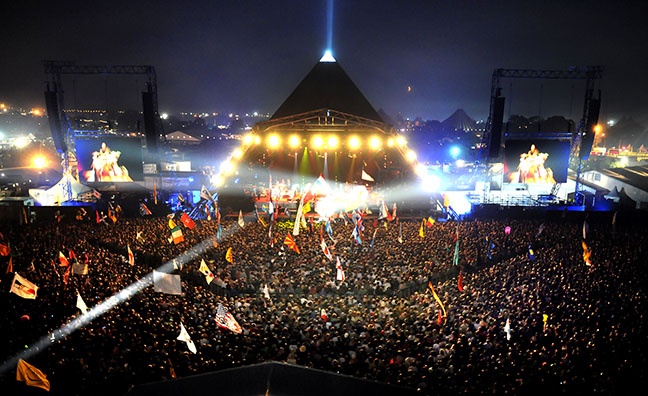 Culture Secretary Oliver Dowden has announced details of over 2,700 organisations being offered nearly £400 million in grants and loans to help the culture and heritage sector reopen and recover.

It brings the government's total investment across grants, capital and repayable finance from the Culture Recovery Fund so far to more than £1.2 billion across over 5,000 individual cultural and heritage organisations and sites.

Glastonbury Festival will receive £900,000 to help the festival continue in 2021, with two smaller events this year, as well as to carry the festival through to 2022. A livestream takes place next month to raise funds for the festival.

Glastonbury Festivals’ Michael & Emily Eavis said: "We’re extremely grateful to be offered a significant award from the Culture Recovery Fund. After losing millions from the cancellation of our last two Festivals, this grant will make a huge difference in helping to secure our future."

Comedy clubs, music venues and multi-purpose stages continue to be supported in the latest round of funding awarded by Arts Council England. Brighton venue Komedia, which usually programmed over 700 events a year, will receive £123,500 to resume socially-distanced music, comedy and theatre performances.

£213,853 will support grassroots venue the Brudenell Social Club in Leeds to restart live events. The Roundhouse is being supported with £1.5m to welcome back audiences to live events. See below for an edited list of grant recipents covering venues, festivals, labels, artists' touring and other music organisations.

In a statement, Music Venue Trust said: “Music Venue Trust has worked hard to support eligible grassroots music venues (GMVs) in their applications to this fund and we are delighted that members of the Music Venues Alliance (MVA) have now been awarded almost £16m in support. This represents an 80% success rate for MVA members, many of whom had never applied for public funding prior to this pandemic. This money is aimed at securing venues until the end of June 2021.

“We are grateful to Arts Council England who worked so hard to deliver the fund, and to the DCMS for listening to the needs of the GMV sector. However, as with all grant funding, this news is hard on those venues who were ineligible due to the structure of their business or which have not been established long enough to provide the accounts required, and on those who applied but were unsuccessful or awarded only a small percentage of the money they need.”

The North Music Trust, which operates The Sage Gateshead, will receive £3 million to support operational costs ahead of reopening and help the organisation to continue its valuable work including integrating its digital and in-person offerings.

Liverpool-based Modern Sky UK has received a grant of £101,000. The grant will go towards further developing and supporting Modern Sky UK’s artists across both its label and management operations.

Modern Sky’s CEO UK & North America, Dave Pichilingi, said: “Modern Sky UK had a successful year in 2020 despite the conditions imposed by the pandemic. However, as for many independents, the future is still uncertain. We’re grateful for this investment from Arts Council England, DCMS and HM Treasury. It will help us continue to support and invest in talent here in the North and beyond during a difficult time for musicians and the wider creative sector.”

The latest funding was reserved in the first round of the £1.57 billion Culture Recovery Fund to allow the government to respond to the changing public health picture.

The first round of grants and repayable finance totalling more than £800 million were allocated to ensure the immediate survival of 3,800 cultural organisations and heritage sites across the country. This second tranche of funding builds on the lifeline grants already awarded to support museums, theatres, performance venues, historic sites and cinemas as they reopen to audiences and visitors throughout the spring and summer.

More than 70% of the funding is going outside of London. It will help organisations across the country as they return to normal operating models in the months ahead.

“Now we’re staying by their side as they prepare to welcome the public back through their doors - helping our cultural gems plan for reopening and thrive in the better times ahead.”

Nearly all of the original £1.57 billion Culture Recovery Fund has now been allocated, with over £1.2 billion in grants and repayable finance offered to more than 5,000 individual organisations and sites, and further grants to be finalised over the coming weeks.

At last month’s Budget, the Chancellor announced a £300 million boost for the Culture Recovery Fund, as part of a wider £408 million package for arts and culture taking direct government investment in the sector since the start of the pandemic stands at almost £2 billion.

Further details on the third round of the Culture Recovery Fund will be announced later.