Modern Sky's Dave Pichilingi on The Lathums' move to a major 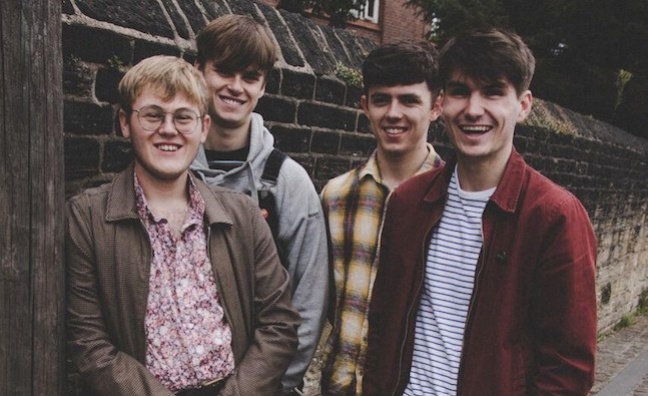 Wigan band The Lathums are on the rise.

The indie group have signed to Island and just released their first single on the major, All My Life.

"The Lathums are a fantastic example of a band that are utilising their fan power,” said Dave Pichilingi, CEO UK & North America, Modern Sky Entertainment. “We’ve been with them since the middle of last year as both their label and management, before signing them to Island earlier this year. They’ve got one of the fastest growing and most loyal fanbases across the UK right now.”

Modern Sky continues to manage the band, while its label division has just had chart success with vinyl-only EP The Memories We Make. It debuted at No.14 on the albums chart last week with sales of 3,244, according to the Official Charts Company.

“Without wanting to get in the way of what’s coming with Island Records, we decided to release what was their first two EPs on vinyl only and use the organic reach of that fanbase,” said Pichilingi.

"We spent hardly anything on marketing. We did a 3,000-copy vinyl release and they all went in the first week. We then decided to release a download version of the EPs to give them a bit of a boost with 24 hours of the chart week to go, and managed to hold on to No.14 in the albums chart and No.2 on the vinyl chart.”

The EP release by the Liverpool-based indie was even given the accolade of a Tim’s Twitter Listening Party play by Tim Burgess.

I know life can be horrible but it can also be beautiful, I’m here so they don’t have to go through their tough times alone. I want to give people something I never had - Alex#TimsTwitterListeningParty

Island has had success with debuts this year from new bands Sports Team and Easy Life. The Lathums are now targeting a 2021 debut album release.

"They’re currently working on their debut album with James Skelly at Parr Street Studios,” said Pichilingi. “The idea is that we get this band on the road as quickly as we can, once it’s safe to do so, alongside the album in the new year.

"They’re a very young band but they’re prolific songwriters with a tremendous work ethic, so we don’t want to be sitting around for any longer than we have to. It feels like their time is now and they have momentum on their side.”

The Lathums’ debut headline tour sold out in a day and demanded multiple venue upgrades. Every ticket for their homecoming shows at Wigan Boulevard in February 2020 went in 60 seconds.

The Lathums had been booked as tour support for Blossoms on their arena dates this year. The band will play rearranged dates in 2021, along with support slots with DMA’s and Paul Weller.

Pichilingi said The Lathums are the latest in a run of chart successes for Modern Sky.

"As a company, this has capped a trio of albums that have peaked in and around the Top 20 in quick succession from The Slow Readers Club (No.9), The Lottery Winners (No.22) and The Lathums (No.14),” he told Music Week. “For a young, Northern label that works in an incredibly independent way with like-minded bands, we’re really proud of that – especially when you consider all of those releases came out during lockdown!"