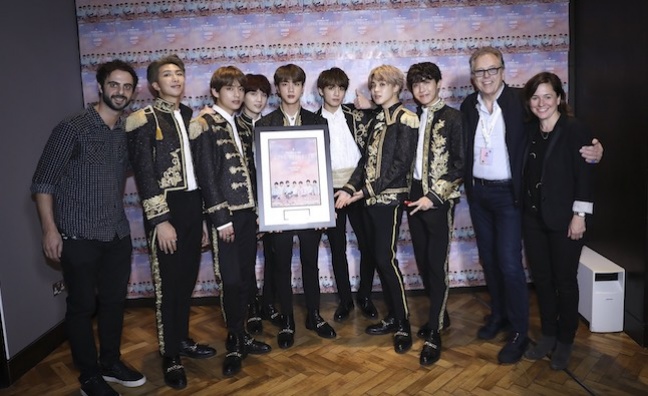 BTS mania has swept the nation as the South Korean boy band launched their UK live career with a pair of shows at The O2 (October 9-10). The gigs sold out in less than an hour.

The O2 has now confirmed that BTS broke records with their 16,000-capacity concerts.

The band beat merchandise sales records that have been held by The Rolling Stones since 2012.

When BTS revealed their two shows at The O2, the venue's Twitter announcement received over 14,000 retweets and 32,000 likes, creating 949,304 impressions. It was the most popular announcement the venue has ever had.

The venue commemorated the band's success with a presentation including the concerts' Live Nation promoter, Phil Bowdery.