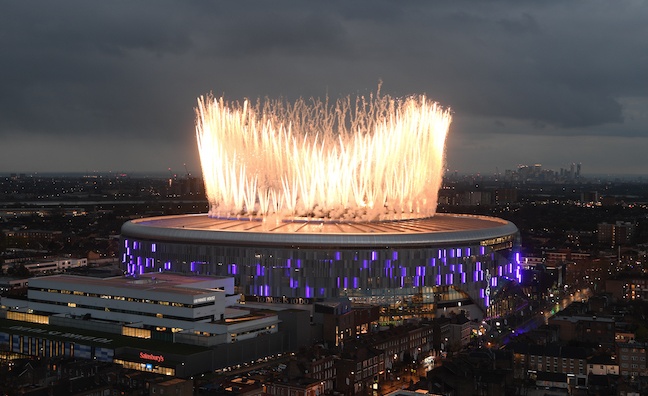 Capital’s Summertime Ball will move to Tottenham Hotspur Stadium for the 2020 edition.

Capital’s Summertime Ball was previously staged at Wembley Stadium, which has football commitments with the Euro 2020 tournament this summer. Capital’s flagship music event has been held for the past nine years at Wembley Stadium.

Ashley Tabor-King, founder & executive president of Global, said: “We’re thrilled that Capital’s Summertime Ball will be the first ever multi-artist live music event to be held at Tottenham. We have another huge line-up in-store and we can’t wait to welcome the world’s biggest artists and Capital listeners alike to Tottenham’s spectacular new home for the ultimate party of the summer.”

Daniel Levy, Tottenham Hotspur chairman, said: "We are delighted to play host to one of the biggest music events of the UK summer. The fact that we have been chosen for such a high-profile event speaks volumes for the calibre of our stadium, which has been widely acclaimed since it opened last year. We look forward to welcoming music fans and some of the most famous artists in the world to Tottenham in June.”