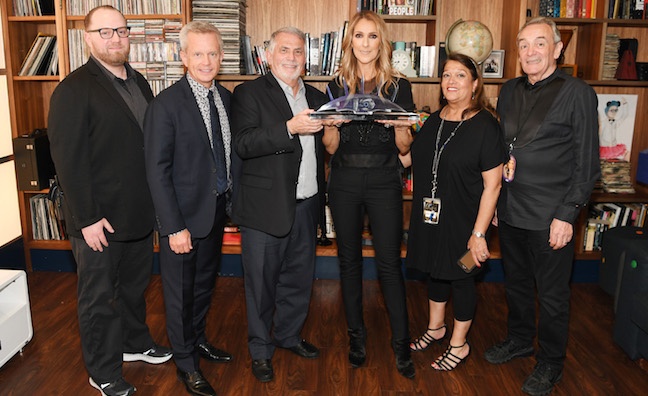 Celine Dion has broken records across the UK as the highest grossing artist at each UK venue where she performed.

Her first European tour in eight years took in 25 shows in 15 cities. The final date was at SSE Hydro in Glasgow on August 5. Dion’s four shows at The O2 made her the venue’s highest-grossing female performer of 2017. Take That had higher overall ticket revenue at the venue from their six shows earlier in the summer.

John Meglen, president and co-CEO, Concerts West said "Audiences in Europe this summer got a chance to find out what visitors to her long-running residency at Caesars Palace in Las Vegas already know: Céline gets better with every performance. After massive shows in Denmark, Sweden and the Netherlands, and sold out football stadiums across France, Céline wrapped up with a record-setting run through the UK, with multiple nights at Leeds, Birmingham, and two of the greatest and busiest arenas in the world: London's O2 and Glasgow's SSE Hydro. We could not be more proud of this uniquely strong and talented performer. She really is the voice of our lifetime."