Coldplay partner with Amazon Music on The Atmospheres immersive event 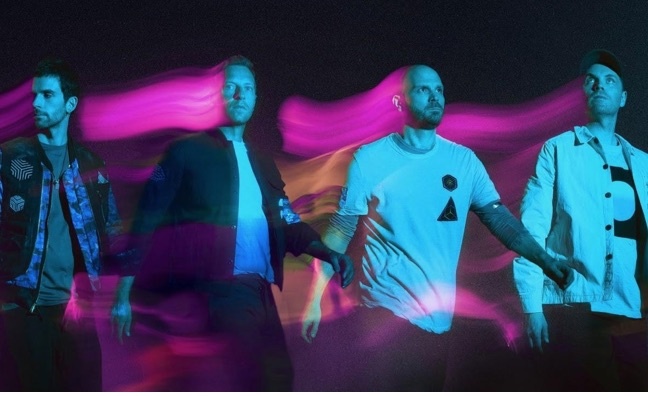 Coldplay and Amazon Music are partnering on an exclusive, two-day event in Shoreditch this weekend to celebrate the release of the band's latest album, Music Of The Spheres.

Fans will be invited to step inside custom-built installation The Atmospheres, billed as "an intergalactic audio-visual experience", where each of the 12 tracks from the record is twinned with a different planet.

The Atmospheres will take place at Principal Place in London between 10am and 8pm on Friday, October 15 and from 9am until 7pm on Saturday, October 16. Tickets are free but pre-booking is advised.

Coldplay said of the activation: “We're excited to partner with Amazon Music to bring Music Of The Spheres to life. The Atmospheres will take fans on a trip through The Spheres and into the heart of the album.”

Immersed in out-of-this-world visuals, fans can create their own alien language messages, snap selfies in the augmented reality photobooth, and even help to power the experience through bespoke kinetic walkways. The experience will be soundtracked by album track People Of The Pride, mixed in Dolby Atmos, and accompanied by exclusive 360 visuals.

The two-day pop-up event, running from October 15-16, also takes place in New York, Tokyo and Berlin, and will enable fans to experience Coldplay’s latest release in the most immersive way possible.

To pre-book tickets, head to www.coldplayspheres.com from Friday, October 8.

Earlier this week, Coldplay announced they had renewed their agreement with Warner Music by signing a long-term deal via Parlophone and Atlantic. The band have had a long relationship with Parlophone in the UK for more than two decades, as well as Atlantic in the US since 2014.