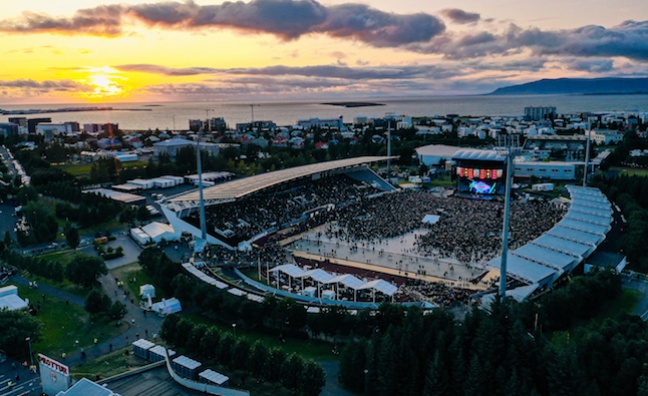 Ed Sheeran’s shows in Reykjavik, Iceland have become the country’s biggest ever gigs with record sales.

Close to 50,000 people attended the Laugardalsvöllur stadium performances (August 10 and 11), which were promoted by AEG Presents and Sena Live.

Simon Jones, AEG Presents SVP, live music international, said: “Though the biggest tour in history is coming to an incredible crescendo, the records keep coming for Ed. These historic shows in Iceland were like nothing I have ever seen. They completely took over the country with Sheeran fever at its peak. It was absolutely a national event and the scale of the shows relative to the population was colossal. The biggest ever Icelandic shows in history.”