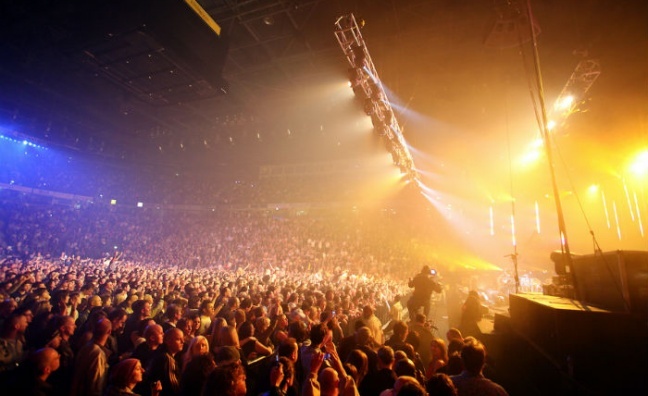 Luminescent has been founded by Ben Taylor and Ade Dovey, who have booked venues, promoted shows and worked with a range of artists including Mogwai, Kylie Minogue, The Courteeners, First Aid Kit, The 1975, Nils Frahm and Dinosaur Jr.

The pair say the impact of the Cover-19 pandemic on the live industry influenced their decision to work together.

“Throughout 2020 after a range of unforeseeable changes both personal and professional it just made sense for us to join forces," explained Dovey.

"We had both hit the ceiling pretty hard with our ongoing commitment to running music venues over the years. We have been friends - and competitors! - for ten years so when Covid-19 flipped the world upside down we just kept in touch and realised we have an opportunity to do something together, something creative and fulfilling, something we had both missed for a long time in our previous roles.”

He added: “After some serious soul searching, the concern of ‘what venues are going to employ us now?’ and the music industry on its knees due to the pandemic, Ben and I realised that this potentially gave us an advantage and it was time to get our ducks in a row. We’ve had time to reflect and develop this new venture and the feedback we’ve had from industry professionals has already been overwhelmingly positive.”

Taylor, who is also the founder of non-profit inner-city Manchester festival You Are Not Alone added that despite the pandemic forcing their hands, he was pleased to be teaming up.

“I’m a firm believer of things happening for a reason. With the journey we have both been on, juggling and wrestling shows between ourselves in Manchester, it seems fitting that we’ll now be working together to bring some very exciting shows to the table," he suggested.

"Ade’s a great friend and superb promoter. I’ve been a big fan of what he’s produced over the last few years. As soon as the idea of us joining forces was born, I was in. We just can’t wait to build on Luminescent, work with artists and individuals that we both love and creatively respect, support the music community, be sustainable and do it our way.”

In July last year Gorilla and The Deaf Institute were threatened with closure due to losses sustained by being unable to open, however Tokyo Industries acquired the venues from previous operator Mission Mars to keep them open.