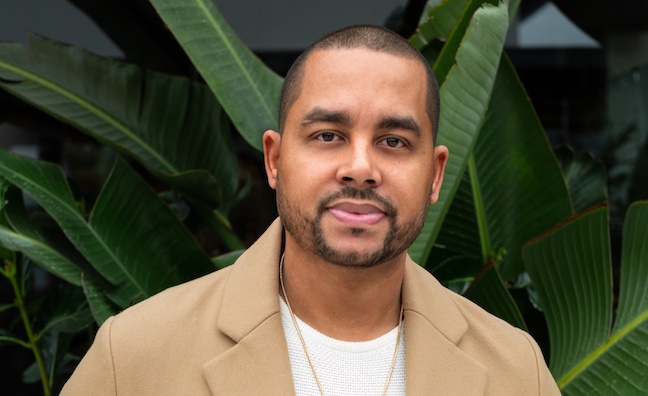 ICM Partners has promoted agent Robert Gibbs to the role of head of contemporary music.

Gibbs (pictured), who has been with ICM for 14 years and was made partner in 2016, becomes the first African American department head of a major agency music department.

“Robert is a fabulous agent, individual and an impactful leader. I am very proud of him and all that he has accomplished in his fourteen years at ICM,” said the company's CEO Chris Silbermann. “We began discussing this well-deserved promotion last October and but for the pandemic, this would have happened sooner. He has earned this promotion with sustained levels of excellence in all aspects of the job and makes our organisation stronger. I am thrilled for him and us.”

“Robert has built a tremendous business the right way and has been a great teammate and mentor for younger agents as well as a key producer in our department for many years,” added Rob Prinz, head of worldwide concerts. “This promotion formalises a leadership role that Robert has already undertaken within the Concerts Department for a long time now.”

I am proud to take a leadership role within this organisation

Gibbs joined ICM in 2006 after five years at CAA. In addition to his department head duties, he will continue to represent artists including J Cole as well as PartyNextDoor, Roy Wood$ and the entire Dreamville Records roster.

“ICM has built the best culture of any major agency and I am proud to take a leadership role within this organisation,” said Gibbs. “We are the last and only major agency solely dedicated to the representation business and it shows in the manner in which we work for artists to achieve their dreams. We have been building and fortifying the department even during the pandemic and our contemporary music team is one I am proud to now lead.”