IMS 2017: Examining the state of the dance music nation 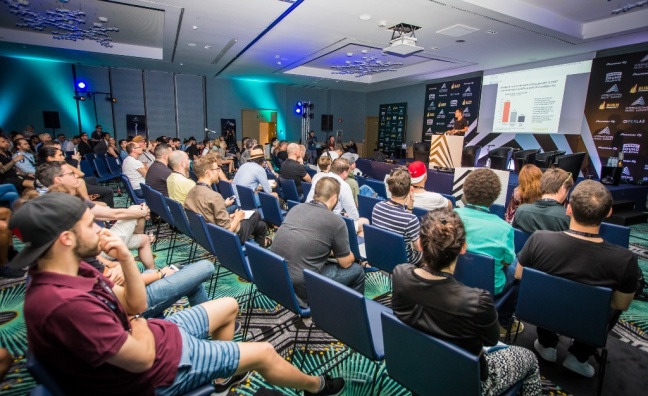 The 10th edition of the International Music Summit lived up to its reputation as the go-to conference for the dance music industry.

Ibiza's Hard Rock Hotel hosted masterclasses from Facebook and Spotify execs, keynotes from artists including New Order's Bernard Sumner, Masters At Work, The Martinez Brothers and Dixon, and panels on issues from gender diversity to the state of A&R, from May 24-26.

The EDM boom may be over but - although the value of the global electronic dance music industry may be approaching its peak - it's not quite there yet. The sector rose 3% to $7.4 billion (£5.7bn) in 2016, according to the latest IMS Business Report by Kevin Watson, an increase driven by those pesky millennials. The business recorded 3.5% growth in 2015, having swelled 60% in the previous three years.

The changing face of A&R

Positiva/Virgin Records UK A&R director Jason Ellis said everything and yet nothing had changed about his craft. "It's still about the quality of the artists, the tracks, the music," he said. “How it's then marketed, promoted and taken to market has changed immeasurably."

The closure of the iconic Space club and the opening of its replacement Hi Ibiza heralds a new era for the island, but DJ Seth Troxler warned the island could lose its identity if it priced regulars out of the market. The Ibiza mainstay said: "Our ambition is taking out the working class of Ibiza. That's something that at some point we have to address. Every club we go to, it's €65-70 to get into. How long is that sustainable in keeping our underground culture?"

Facebook's Glenn Miller, Patrick Walker and Scott McKenna provided a masterclass on how to create an engaging cross-platform strategy for fanbases via Facebook and Instagram. The trio pointed to the launch of the first Facebook bot with DJ Hardwell, which had a staggering 60,000 users within the first two weeks, but the social networking site's potential for the music biz has surely only scratched the surface so far.

We need to talk about drugs

Execs from both sides of the Atlantic expressed their frustrations with how the authorities deal with the drugs question. London Weekend Events' Alice Favre said she hoped the UK capital would follow other cities' leads in allowing drugs testing at venues. "I'd really like to be at the forefront of pushing that forward," she said. "But it's knowing whether you can do that without saying, Hey, yeah there's people that do drugs in our events. I mean, everybody knows that there is, but it's something that you're not allowed to say publicly." But New York-based Eddie Dean, CEO of RPM Presents, lamented that the US conversation had progressed nowhere near as far. "If the world 'drug' comes up in a meeting, everybody just ducks. It's crazy," he said.

Partnering with She Said So, a network created to empower women in the industry, IMS co-founder Ben Turner has vowed the conference will host a gender diversity debate every year until it is "no longer an issue that needs discussing". Judging by some of the comments during this year's panel, that day is still some way off. "We don't want more power, we just want to be ourselves," said French artist Miss Kittin. Mobilee co-founder Ralf Kollmann added: "We need to work bottom up and make sure women from an early segment are getting promoted, supported and motivated."

New Order frontman Bernard Sumner's joust with DJ Pete Tong made for a remarkable keynote interview and was one of the highlights of the entire conference. Referencing the tragic events in his native Manchester, he said: “It's just gut-wrenching, heart-breaking. It just seems completely barbaric and pointless, and breaks my heart.” The 61-year-old went on to recount his experiences of Ibiza in the late 1980s, attending early super clubs Amnesia and Es Paradis and recording 1989 album Technique on the island, before Tong referenced Sumner's relationship with estranged bandmate Peter Hook. Asked: “Do you think there’ll ever be a day when that other guy might stand on stage with you again?” Sumner deadpanned: “I don’t think so, no… Ian Curtis you mean?,” drawing laughter from the audience.

“Factory Records went bust. The Hacienda went bust. But we had a lot of fun." Bernard Sumner, New Order

"The reach that we have now as a genre is staggering compared to where it was 10 or 12 years ago.” Jason Ellis, Positiva/Virgin Records

"We're looking for records that are still aggressive enough to get radio and get Spotify." Patrick Moxey, Ultra Records

"I'm still a big believer in the album. But the timing of when we release albums definitely has changed." Gina Tucci, Big Beat Records

"We're in the dark ages in America. If the world 'drug' comes up in a meeting, everybody just ducks." Eddie Dean, RPM Presents

"Every club we go to it's €65-70 to get into. How long is that sustainable in keeping our underground culture?" Seth Troxler, DJ

"You make your money with VIP [tickets] maybe more than before, but balance is the key. You need €100 to have fun." Johannes Goller, Cocoon Ibiza

"I was born on the dance floor." Dave Browning, Game Over Ibiza