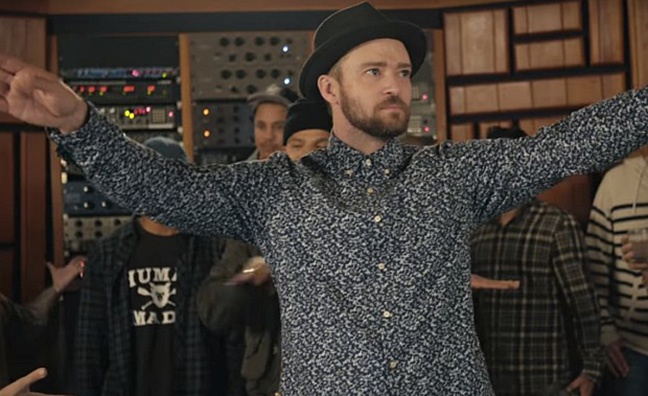 Justin Timberlake will be the half-time performer at next year’s Super Bowl.

The pop star confirmed the news on Jimmy Fallon’s The Tonight Show last night in a skit with the host, before posting it on his Twitter page.

This will be Timberlake’s third performance at the sporting event, having first played with his former group N’Sync in 2001 and then again in 2004 as a surprise guest of Janet Jackson’s.

Their performance became infamous and dubbed ‘Nipple Gate’ after Timberlake, who came on to perform a duet of his hit single Rock Your Body, ripped Jackson’s costume, flashing her right breast to millions of viewers around the world.

Next year’s Super Bowl will take place on February 4 at the US Bank Stadium in Minneapolis, home of the Minnesota Vikings.

The Super Bowl is the most-watched television event in the United States drawing in more than 100 million viewers. Stars such as Beyonce, Madonna, Coldplay, The Rolling Stones, Bruce Springsteen and Bruno Mars have been among the artists performing during the half-time interval.

Lady Gaga was this year’s headline performer at the NRG Stadium in Houston went down in history as the second biggest performance after Katy Perry’s show on 2015 drew in 118.5 million viewers. According to audiences ratings provided by Nielsen for TV network Fox, Gaga attracted 117.5 million viewers for her 13-minute show with the match itself seen by an average audience of 111.3 million.