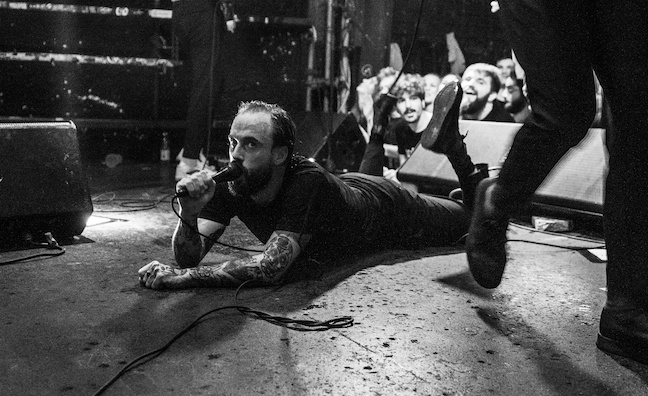 The ongoing uncertainty of the Covid-19 pandemic has impacted on future booking plans, with many shows originally planned for 2020-21 already pushed back to next year before restrictions were lifted last month.

“Next year is extremely congested,” said Mother Artists' Natasha Gregory, agent for acts such as Idles, First Aid Kit and Amy Macdonald. “When the pandemic started, a lot of agents and artists decided they weren’t going to risk touring until 2022/23. So trying to get a tour of the UK and Europe at any point next year is really, really tough.

"We've had to have very frank and honest conversations with managers and artists to explain the realities of where we're at and say that if albums aren't done, or campaigns can be shifted, then maybe that's the best thing to do to get the best venues and opportunities and festivals.

"Usually, as an agent, you come with a two-year plan: you present a run of festivals, a headline tour and then they make the decision, and then you go and do it. But I've been having to send one-off festival offers to managers, saying, 'I know this is just one show, but we're going to have to confirm it, because so many people want that slot.' So it's a bit of a mess, really, it's about everyone being honest about the situation we're in and trying to manage it as best as we can."

Trying to get a tour of the UK and Europe at any point next year is really, really tough

Gregory encouraged developing acts to turn the bottleneck into a positive by focusing on their longer term growth.

“For an agent, it’s about being realistic and saying to your younger bands, ‘There are three summers’ worth of artists feeling they are deserving of an opportunity, so take the time to build slowly, do a two-year campaign and focus on ’23,’" she said. "It’s no one’s fault, it’s just where we’re at.”

Gregory was speaking in last month's issue of Music Week as part of an in-depth feature examining the possibility of market saturation due to the number of artists wanting to tour next year.

“Everyone is holding dates for early or late ’22 and into 2023, so avails are definitely a challenge,” said Paradigm's Mike Malak, who represents the likes of Billie Eilish and Jess Glynne. “In some cases, I’ve had to cut a market out to try and find a different window, or some artists have a couple more days off than they usually would have, because that is the only way to make it work.”

Solo Agency MD John Giddings, who works with Little Mix, James, Blondie and Genesis, among others, queried whether people had enough money to buy tickets for the raft of concerts.

People say there's going to be an uplift, but how long does that continue for?

Paradigm's Alex Hardee, whose clients include Liam Gallagher, Rag’N’Bone Man, Louis Tomlinson and Lewis Capaldi, said: “People will want to buy tickets because they have been starved of gigs, but the more crowded the market is, some things will suffer. People say there is going to be an uplift, but how long does that continue for? When do people start to worry about paying money out? I mean, things that are hot are selling well; things in the middle will probably suffer."

Hardee said that, by holding dates, he had managed to stay ahead of the game thus far, but added: "You used to work 18 months ahead on stadium acts or 12 months on arena acts. Now, you have to add an extra six to eight months to that.

“The main venues are generally used up because they are cost-effective. Once you go down the ranks from Brixton Academy and the Royal Albert Hall, the costs start changing. If you couldn’t get Brixton in London, you might compromise and do Troxy. But now you might have to make seven compromises across the whole of Europe. It’s more difficult because you’ve got two years of touring to fit into one year, so everyone will want to go out next year.”