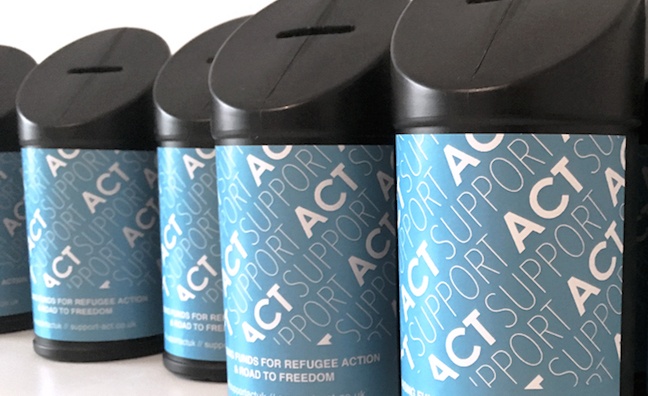 Venues and promoters across London - including Rockfeedback, Parallel Lines, Eat Your Own Ears and The Shacklewell Arms, Village Underground, The Old Blue Last and Birthdays - have come together for Support Act, a new initiative asking guest listers to donate £1 to charity and help change the lives of refugees arriving and living in the capital.

All proceeds will be going to Refugee Action and Road To Freedom to continue the work they’ve been doing to help refugees. There are an estimated 126,000 refugees living in the UK - in 2015, the UK received 38,878 asylum applications.

Inspired by Berlin’s Plus 1 initiative (who have raised more than €40,000 so far), Support Act is, according to the official release, London’s way of saying it wants to help. By asking guest listers at music venues across the capital to donate £1 for their entry, Support Act will be tapping into the power music has to inspire and transform lives. Attendees will see donation boxes on the doors of venues across London very soon.

The group behind Support Act is made up of people in music industry, who said: “When we came up with the idea, inspired by Plus 1 in Berlin, we didn’t know how receptive people would be but we’ve been overwhelmed by the support of promoters and venues across London who’ve all been really keen to get involved.”

Dream Wife and some special guests will be helping Support Act celebrate the launch on July 14 at Kamio.