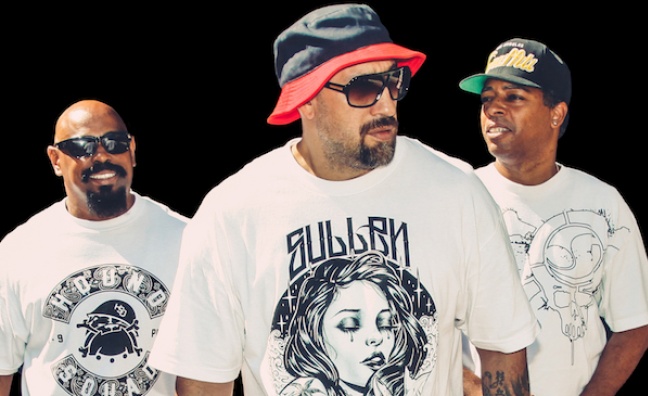 Cypress Hill will perform a special show live from LA this Friday (June 19) via the MelodyVR app.

The gig will be free to view around the world via the MelodyVR app on smartphones and VR headsets. Viewers will be transported to Melody VR's studio space to experience the exclusive 360° performance while watching the story of the band told on bespoke video walls.

The performance will be the group's first since the stay at home order was issued in early March, when they were about to embark on a world tour.

Cypress Hill said: "When we were approached to perform for our fans again, we jumped on it. We definitely wanted to give them a unique experience with this intimate show. Partnering with MelodyVR for Live From LA allowed us to do just that."

MelodyVR’s Live From LA series has been developed to provide fans with immersive sets while maintaining the highest levels of safety for both performers and crew. Artists featured so far include John Legend, The Score, Katelyn Tarver, DaniLeigh and Zella Day.

Cypress Hill’s show will be available on demand from June 25 for those who miss the June 19 broadcast.

Earlier this week, MelodyVR unveiled the first pictures of its specially designed 360° studio within the Victorian theatre at London's Alexandra Palace ahead of next month's Wireless Connect virtual event.