Melvin Benn: 'Festivals can go ahead safely with adequate testing' 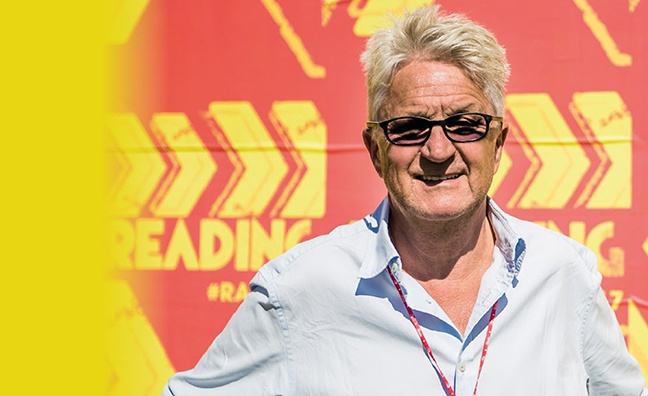 Festival Republic MD Melvin Benn has told a DCMS hearing on reopening venues at full capacity that "festivals can go ahead safely with adequate testing".

The Reading & Leeds boss (pictured) gave evidence via video link at this morning's hearing on the impact of Covid-19 on DCMS sectors. The likes of LW Theatres' Andrew Lloyd Webber and Rebecca Kane Burton, and National Arenas Association chair Lucy Noble also spoke during the session.

"You can’t have festivals with social distancing. You mass test," said Benn, who referenced the incentive-based Full Capacity Plan campaign aimed at restarting the leisure economy, unveiled in June. "That was based on essentially testing people before they arrive at the festival or event and creating an environment where everybody in the space has been tested and have tested negative and therefore are unable to transmit the virus to other people," he said. "That gets rid of the need for social distancing.

"The testing detects people that are asymptomatic so they would show up on the test and the reality is that the data shows that people that have been tested cannot, even if they then contract the virus themselves immediately afterwards, cannot transmit the virus to others for a minimum of 72 of 96 hours - so that is part of that evidence."

There needs to be two plans. Plan A is a vaccine. Plan B is to test everybody

Benn said that although the government appeared to be pinning its hopes on a vaccine, testing offered a "real, viable alternative".

"There needs to be two plans," he said. "Plan A is a vaccine, and a vaccine would be terrific if we had that but we don’t know for definite whether we get it. Plan B which is an absolute certainty is to test everybody and allow everybody who is clear of the virus to enter the venue and work at the venue - and those that are carrying the virus are not allowed to enter.

Earlier this week, Culture Secretary Oliver Dowden revealed that his officials are working on Operation Sleeping Beauty, a plan to bring performances back in time for Christmas.

Benn called for a working group to be formed between DCMS, Public Health England, the Department Of Health, the Treasury perhaps and select live executives "to really plan how we can reopen at full capacity". Benn said that previous engagement with the powers that be had "a singular focus around social distancing that didn’t work".

Benn said he was "very confident" of being able to work with private companies that could test hundreds of thousands of people "sufficiently well to be able to allow them into the events and allow the abandonment that they ordinarily enjoy".

"I genuinely do not see this as difficult," he said. "What is difficult is engagement between the DCMS, Department Of Health and Public Health England. That seems to me to be more difficult than you asking me to create a safe environment for them in a field.

"I do believe that there will be people that will say I don’t want to come to the festival because I think the risk is too great and there will be plenty of others – and you see those plenty of others every weekend in garden parties and streets and illegal raves up and down the country – that are desperate to take that risk in a more organised and structured way and that will only grow if we don’t meet that demand."

With the 2020 festival season wiped out and the concert sector at a virtual standstill since the March shutdown, the promoter laid bare the devastating impact of the pandemic on the industry as a whole.

"The UK festival sector is worth around £2 billion revenue a year." he said. "The amount of people that come to it over the course of a particular summer I myself would host around 2.5 million over about 60 days of festivals and/or camping at festivals and all of those people that attend, they do so because they do so because they desire more than just the music, they desire the community and that’s hugely important.

"The impact on the customer has been phenomenal, absolutely phenomenal and we’ve seen the rise in cases of mental health that have been reported up and down the country and I do think that the absence of being able to gather in communities has contributed to that.

The DCMS Committee this morning called on the government to extend the furlough scheme for companies working in the arts and leisure sectors to prevent industry wide redundancies over the coming months and lasting into next year, in a letter to the Chancellor.