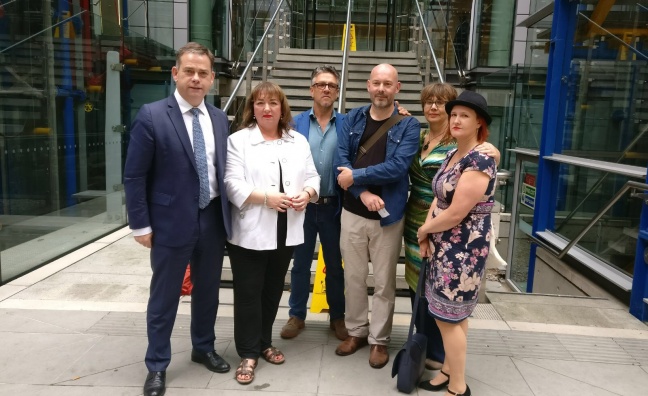 Two MPs were turned away and threatened with arrest after doorstepping the new London office of controversial secondary ticketing site Viagogo.

"Following the General Election we want to follow up on some outstanding matters which we were seeking to address during the last parliament, and to make you aware of our continuing interest," stated the letter from Hodgson and Adams.

The duo turned up at Viagogo's office yesterday, accompanied by Kilimanjaro Live chief Stuart Galbraith, Music Managers Forum (MMF) CEO Annabella Coldrick, Adam Webb of the FanFair Alliance and Claire Turnham, who set up the Victim Of Viagogo group to seek refunds for customers who felt they had been "ripped off" by the resale site.

The Guardian reports that Adams and Hodgson were told by the building’s security staff that Viagogo bosses “don’t want to see you”. When Adams and Hodgson protested that they were elected members of parliament and wished to air the concerns raised by their constituents, a security guard asked the MPs to leave, adding: “I don’t want to have to call the police.”

The epsidode was prompted by Viagogo no-showing a Culture, Media And Sport select committee hearing on ticket abuse in March. The company had been summoned to give evidence at the House Of Commons hearing but failed to attend, claiming it did not have "adequate representation" in the UK to enable it to assist the committee's inquiries.