'People are in for a real treat': Rolling Stones manager Joyce Smyth previews the No Filter UK & Ireland tour 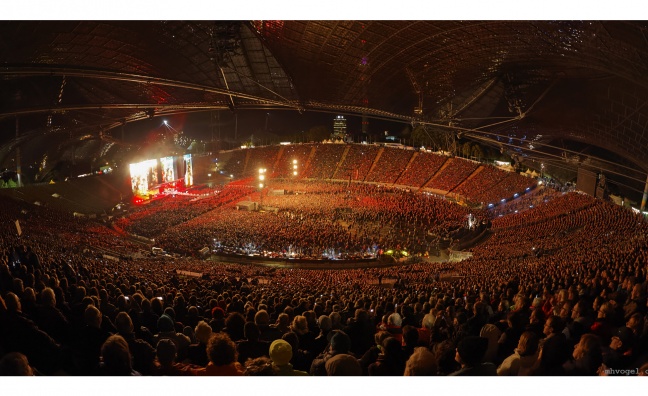 The Rolling Stones' manager Joyce Smyth has tipped the band's first UK and Ireland tour in five years to evoke "a huge deal of emotion" ahead of tonight's opener at Dublin's Croke Park.

The legendary group, who star on the cover of the latest issue of Music Week, are due to play AEG-promoted nights at London Stadium (May 22/25), Southampton’s St Mary’s Stadium (May 29), Coventry’s Ricoh Stadium (June 2), Old Trafford Football Stadium in Manchester (June 5), Murrayfield in Edinburgh (June 9) and Principality Stadium, Cardiff  (June 15) before finishing back in London at Twickenham on June 19.

The No Filter European tour's 14-date first leg, which visited Germany, Austria, Switzerland, Italy, Spain, Netherlands, Denmark, Germany, Sweden and France, ranked ninth in Pollstar’s Top 100 Worldwide Tours of 2017, moving 755,345 tickets for a total gross of $120m (£89m). But UK and Ireland dates had to be placed on the back burner, with the band tweeting last May: “Sorry to our UK fans there are no UK dates on this run, due to lack of available venues because of sporting fixtures. Hope to be here in 2018."

“We really wanted [the UK] to be part of the 2017 series of gigs, but just couldn’t get the venues,” Smyth told Music Week. “When we sat down again in Paris in October they really wanted to do the UK and I was panicking slightly that it didn’t leave a lot of time. There are only so many gigs these stadiums will allow you and then it’s back to the football, and we were obviously very late coming into the party.

“But I’m very lucky to be the conductor of this magnificent orchestra of people. And everybody really moves fast - including our poor promoters to whom I had to say, ‘Can you make this happen?’ People say to me our tour routing can be a bit illogical and ask why we're doing Scotland, then coming back down south and then up again. It's just the [availability]."

Smyth, who was the band’s lawyer before becoming their manager nine years ago, also commented on a regular source of controversy - the price of tickets for the tour. General sale tickets range from £59.95 for upper tier seats to £249.95 for Gold Circle.

“I know it’s not a cheap gig, but it’s trying to ensure there is something for everybody in terms of reach and cost,” she said. "There are huge costs involved and they’re actually mounting because we can’t do 85 shows at a time now and amortise it over that period. It’s these batches, and then we’ve got to start again.”

After the UK dates, the tour continues on for stops in Germany, France, Czech Republic and Poland.

Smyth added: "What you will see is the Stones without the filter - just them playing at their very best because I honestly think they're getting better and better. I know Keith [Richards] himself will tell you that, but they really are. The show will include all sorts of genres of music, as well as the hits, and I think people are in for a real treat."

Subscribers can read Music Week's cover story on The Rolling Stones touring machine in full here. Elsewhere, we revisit the band's UK gigs from summer 2013 here and go inside their merchandise empire here.