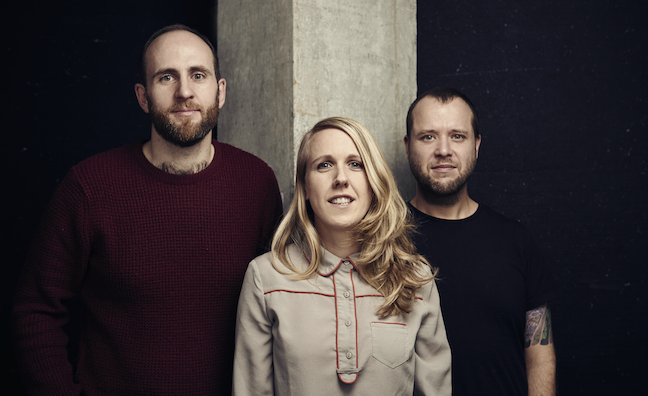 “Part of what we've been good at so far is finding spaces that are rough diamonds and overcoming the challenges to make them work.”

That’s Paul Jack, marketing/partnerships expert at London Warehouse Events, explaining what stands the company apart from its competitors. Over the last seven years, LWE has staked its claim to be the best party-starter in the capital. After starting at Great Suffolk Street Warehouse, the three-person team – completed by bookings expert Will Harold and operations head Alice Favre – have built a reputation for staging epic clubbing events in spaces others daren’t use.

For their latest venture, they opened the doors of a gigantic former printing press to thousands of clubbers for their debut season of programming at the Printworks venue in east London. Unveiled with the sector still reeling from Fabric’s closure and subsequent reopening, it was met with rave reviews (no pun intended).

The LWE team reflected on the success of the first season – the next begins later this year – in the last edition of Music Week. Here, ahead of their next project, June’s Junction 2 festival in west London, they discuss London clubbing culture, the benefits of daytime raving and their unique approach to attention to detail.

Printworks opened against a backdrop of unrest in club culture, especially in London. Do you think things are in a healthy state at the moment?

Paul: I personally never thought the scene was as bad as the stories said, I thought there was an awful lot of rehashing the same stories. Something big [Printworks] happening, it’s brought to light that London does have a very healthy scene. Yes, there were problems, but I don't think it was as bad as people made out to be.

Alice: There have been multiple reasons for venue closures, it’s not a case of councils going round going, Right we're going to shut everything down. Each case has its own positives and negatives and underlying reasons and obviously that doesn't make such a good story, so the story has been all doom and gloom. From our side, so long as you plan things properly, you have dialogue with the authorities and make ends meet financially; so far we haven't come across those problems. Touch wood!

Paul: When there is bad news, it just seems to just continue and that’s peoples mood and view of what clubbing and music is like in London. Actually now that’s more positive I genuinely think that that helps to make a much stronger vibe in general. Not only is it good for us at Printworks and Tobacco Dock, I actually think that the positive feeling is good across London for everyone.

What makes London a good city for clubbing?

Will: The diversity of the people. There are so many different groups you can draw on. Its been so apparent to me through the programming of Printworks, how vast the shifts in audience are, from some nights having a distinctly European flavour to some nights having a homegrown feel. I think that electronic music as a whole has exploded and become such a mainstay of popular culture, for me that's really crystallised here, people are consuming all types of electronic music.

Attention to detail is obviously very important to you, why is it not as important across the clubbing landscape?

Will: I think the most important thing for us is that we're all ravers - we've come from the dancefloor and we're driven by experience and quality in terms of what we're trying to achieve, that’s something we hold really dear in our standards.

Alice: we're a bit stupid - we prefer things to be good than make us lots of money!

Paul: We've had a very organic growth of the business as well - we started at Great Suffolk Street, we did multiple smaller venues, we then did Tobacco Dock, we didn't get ahead of ourselves and go, We want to do a festival. We had done lots of things leading up to this, and any experience we've learned across the way of how to make a small space work has then translated into a 2,000 capacity space, into 3,000, 5,000.

Will: Last year at Junction Two was a good example - we knew we were going to loose a lot of money but we were confident in it in the long term. I think that none of us are in this for the celebrity of because we want to be a DJ, we've often joked that we were the least cool people at our own parties because we're busy sorting out a queuing issue or something on the door - we're involved in it.

Alice: On the final morning of Junction Two you could find the three of us chucking stones off the dancefloor to make it safer!

Paul: And I became a scaffolder for a couple of hours.

Alice: Other promoters will have someone building the show for them, but I think we are unique in the fact that we're both promoters and event producers all in one.

Paul: The artists are booked well and are the soundtrack to the show, the marketing is there to tell people about it, but what people really come for is experience and value for money. When they pay their £40 or £50, it’s about the experience and that’s the most valuable part of people coming back and talking about you afterwards. Otherwise they’ll come once, they'll get sold on the back of an artist and that doesn't mean they'll come back.

Lastly, what are the benefits of holding your events in the daytime?

Alice: You don't have to stay up so late in the morning. I'm too old to do that now!

Paul: It creates a completely different energy and crowd from the people at night they arrive exited, they arrive early doors, they don't pre-drink before. Whereas at night-time shows i feel people have gone to the pub before in separate groups, they've got drunk and invariably anything else they're doing that's keeping them up at 5/6 o'clock in the morning, people have a different energy in the day to keeping awake at night

Will: Yeah that's something we've noticed with our artist feedback at our shows, there's really good energy, it’s not five o’clock in the morning, its five in the afternoon. The dancefloor's primed and ready to go.

For more information go to www.lwe.events.