Rob and Josie Da Bank back in control of Camp Bestival 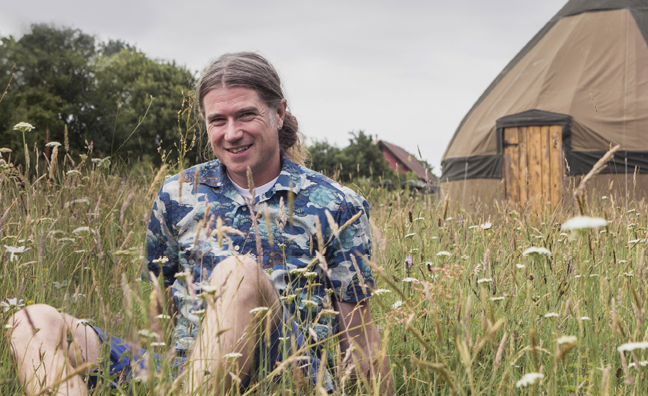 Camp Bestival founders Rob and Josie Da Bank have announced they are back in control of Camp Bestival as part of an arrangement with promoting giants Live Nation-Gaiety and SJM Concerts.

Launched in 2008, the family-oriented Camp Bestival - a sister event to the larger Bestival - is held at Lulworth Castle, Dorset. Acts have included the likes of Chic, Madness, Calvin Harris, Rick Astley and Basement Jaxx, but organisers admitted "financial challenges" after adverse weather forced the festival to cancel the final day of its 2018 edition.

The company behind the event went into administration earlier this month after loans tycoon James Benamor filed notices at the High Court. Benamor, whose Richmond Group Debt Capital reportedly extended a loan of up to £1.6 million last year, made a £1.1m offer to acquire the brand and assets of Bestival Group last month, with the intention of running Camp Bestival going forward.

Administrators Begbies Traynor confirmed to the BBC it had completed a sale last week to Richmond Group, but it appears the stake has since been taken over by Live Nation-Gaiety.

The Da Banks have today issued the following statement: "With the help of Live Nation Gaiety and SJM we will really be able to bring more of our creative vision to life with the support structure needed going forward. Our aim has been and will always be to create the best ever family festival. We look forward to sharing this new chapter with you. More news very shortly.”

Details of the deal are currently scarce, but Rob Da Bank (pictured) earlier tweeted that Camp Bestival 2019 was "1000% happening", adding that it was now "in much better shape" and would be issuing refunds for the 2018 cancellation shortly.

A Live Nation spokesperson said: “LN-Gaiety and SJM look forward to working with Rob and Josie on Camp Bestival.” The company added it would not be commenting further at this stage.

No clarification has yet been given on the future of the long-running Bestival, which began in 2004 and switched to Dorset from its original Isle Of Wight home two years ago.

In an interview with Music Week back in July, Da Bank, who co-founded the Association Of Independent Festivals (AIF), said: “You can make some money or lose an awful lot. We’ve done both of those and that takes the enjoyment out of it. Every promoter knows that feeling of watching tickets. For a few years we sold out straight away but, apart from the odd great year, unless you’re Glastonbury, you’re going to be ticket watching.

“The festival market is so volatile you see even the big players have off years or disappear totally, so it’s swings and roundabouts.”