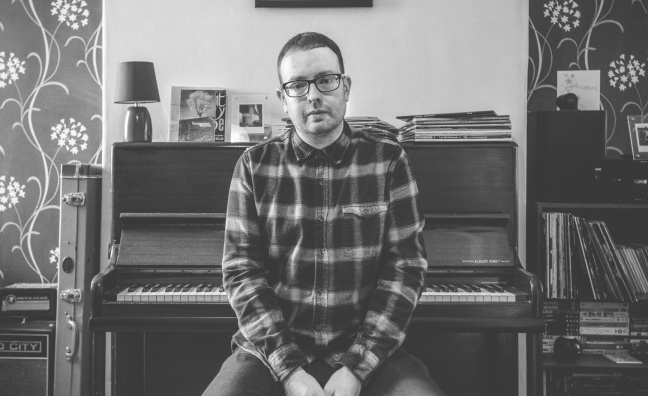 This week's Q&A is with Henry Carden, co-promoter of Twisterella, Middlesbrough's multi-venue music festival for emerging artists. The next edition will take place on Saturday, October 7, with headliners Neon Waltz and Dream Wife.

I'm not sure you could call it a job, but the first thing I did professionally in music was play guitar in a critically-acclaimed but commercially-underachieving indie/post-punk called band Dartz! That led to working with Xtra Mile Recordings as an A&R scout and press counsel as a junior press officer, which I think were technically my first jobs in music.

It's been about three-and-a-half years since Andy Carr from The Kids Are Solid Gold and I started work on the first Twisterella. Alongside that, I've been managing Cattle & Cane for around two years and Cape Cub for the past six months. I'm also currently studying a Masters of Research in Media Research at the University Of Stirling, where I'm looking at the impact of Spotify on unsigned acts.

From a personal perspective, it's an amazing feeling booking a band that you love and seeing them play to a passionate crowd in your hometown. For example, at last year's Twisterella, we brought over a brilliant Norwegian band called Stereopol. Nobody had really heard of them in the UK, let alone on Teesside, but the venue was one-in-one-out and the atmosphere was incredible.

I would love to see an end to secondary ticketing. Hopefully the work done by people like the FanFair Alliance will help improve the current toxic state of online ticket touting.

Some music I wrote was used on Channel 4's Embarrassing Bodies for a feature about how disgusting portaloos at music festivals are. When you're a young musician growing up, you can but dream of one day soundtracking such dubious bodily fluids...

The Dismemberment Plan at Webster Hall in New York in 2011. It was life-affirming to finally hear so many of my favourite songs played live.