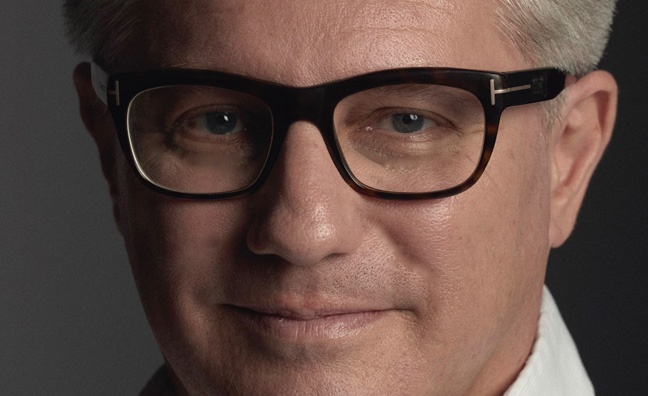 This week's Q&A is with Stephen Budd, director of Stephen Budd Management, who announced last week that he is stepping down as co-chair of the Music Managers Forum (MMF) to focus on other projects.

My first paid job was as a roadie for Motörhead, at their very first show at the Winning Post Pub in Twickenham in 1975 just after he had left Hawkwind  Lucas Fox on drums, Larry Wallis from the Pink Faries on guitar and 150 Hells Angels as the audience. During the soundcheck, Lemmy’s foot went through a stage plank (yes, plank). I was underneath plugging in some amps and the plank cut open my back. Lemmy took me to the hospital to get me stitched after the gig. I got £5. You could call it a baptism of fire really. I was 16 and I was hooked.

I have a variety of roles, but as chairman of the Music Managers Forum I’m coming up to the end of my three-year term. It's been highly satisfying and of course challenging, but I like to think it's made significant in-roads over that time and grown in influence as an organisation, particularly with its campaigning side. Over the last 15 years, I’ve been involved in launching festivals in the UK (OneFest at Roundhouse) and India (the NH7 Weekenders) and co-founded Damon Albarn’s Africa Express project. In 2004, I conceived War Child’s Passport To Brits Week live shows, revived it in 2015 and it’s now become a major established event series. I’ve now moved on to become the executive producer of the Sofar sounds Give A Home global Living Room gig series for Amnesty’s refugee program. Major artists play in people's houses in 300 cities around the world on September 20, so that’s a significant step up.

Seeing an audience enjoying the real essence of what music is all about and knowing that if you hadn’t taken those steps to make it happen, it wouldn’t have happened… is satisfying, for sure.

Well the MMF’s involvement in the FanFair Alliance and its efforts to stamp out secondary ticketing is, of course, making significant in-roads in the UK and I’d like to see that effect roll-out around the globe.

So difficult to pin that down, but I guess it would be the Africa Express train tour we did for the Olympics in 2012. We 85 musicians touring the UK in a chartered 1970’s diesel train for seven nights of incredible shows around the UK. We rehearsed on the train and had everyone from Paul McCartney, Baba Maal, Damon Albarn, Rokia Traore, Amadou & Mariam and Led Zeppelin’s Jon Paul Jones to Charlie XCX, Kano, Dead Prez, members of The Yeah Yeah Yeahs and New Order. The true spirit of musical collaboration exemplified. It nearly killed me, as did managing Songhoy Blues recently…

What is the best gig you’ve ever been to?

Well, if I had to choose between U2 supporting Dolly Mixtures at the Moonlight Club (their first UK show), Joy Division at The Electric Ballroom, Fela Kuti at Glastonbury or Led Zeppelin at The O2 in 2007, I think I’d go for Led Zeppelin. The atmosphere was absolute electricity, the playing transcendent; they didn’t put a foot wrong. They were even better than when I saw them at Earls Court back in '75.