'Streaming is bringing in a new generation': Inside the rejuvenated classical sector 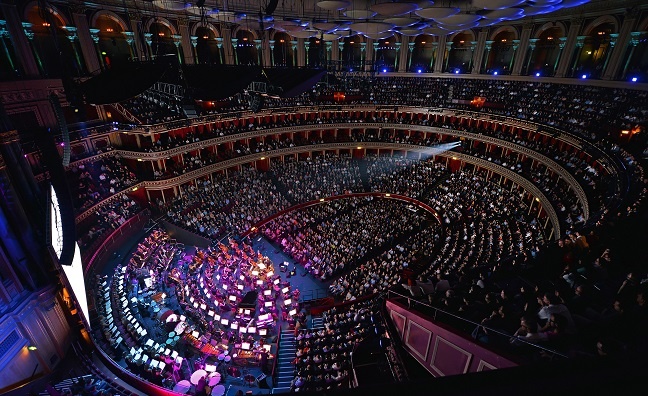 Decca Records president Rebecca Allen has told Music Week that streaming represents a "massive opportunity" for classical music, as the genre enjoys a renaissance in both the recorded and live sectors.

Classical was the fastest-growing genre in 2018, with sales and streams up 10.2% on the previous 12 months, according to the BPI.

Andrea Bocelli’s chart-topping Si, released via Decca/Sugar, was the best-selling classical LP last year, according to the Official Charts Company, but a host of fresh talent is also making its presence felt.

“Streaming is definitely bringing in a new generation of fans, because they’re discovering music they might otherwise never have been exposed to,” said Allen, speaking in this week's magazine. “There is a brand new energy with young artists coming through like Sheku Kanneh-Mason and Jess Gillam, who just look like normal [20-year-olds], but are playing phenomenally well. The media is embracing them and young people can associate with them.

Ludovico Einaudi, the most-streamed classical artist of all-time with two billion streams, will perform seven shows at London’s Barbican Centre next month and, with the 2019 BBC Proms set to start on Friday (July 19), leading agent Heulwen Keyte of UTA said more mainstream promoters were booking classical/crossover artists than ever before.

“Twelve years ago, when we started the classical and performing arts division at UTA, there were very few commercial promoters who were open to booking the genre – with the exception of Harvey Goldsmith promoting Luciano Pavarotti," said Keyte, who represents established stars including Katherine Jenkins, Alfie Boe, Aled Jones and Nitin Sawhney, alongside emerging talent such as Alexis Ffrench, The Kingdom Choir, Laura Wright and 2Cellos.

"Now, all the major global promoters are booking in this market. Promoters are more willing to take a risk on artists that may not yet have signed with a major label or have any album-selling history to date, but have a high level of digital engagement and streaming figures.

"The majority of the live music sector has come to trust that these numbers, often backed by data analysis from our research division, UTA IQ, will translate into solid ticket sales. This is something that promoters previously needed much more persuasion on, even as recently as two or three years ago.”

Subscribers can click here to read the full classical feature from the latest issue of Music Week. To subscribe and never miss a music biz story, click here.