The BRITs effect: which live performers have enjoyed the biggest sales bounce? 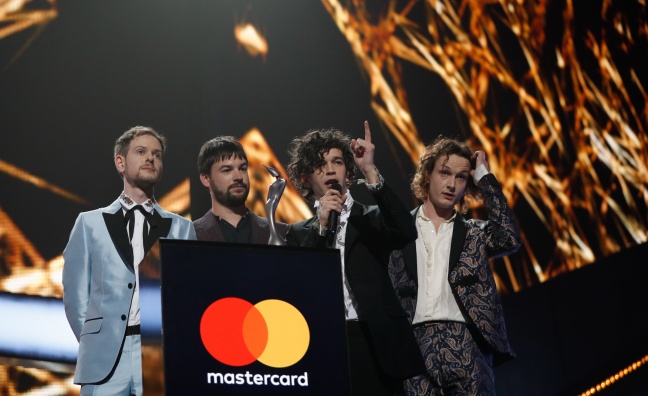 The BRIT Awards is renowned for giving the stars of the show a healthy sales boost - and this year's ceremony has continued the trend. The ITV show attracted an average of 5.4 million viewers, many of whom have been buying and streaming music they saw on the show.

As Friday's chart only featured 24 hours of data from the so-called 'BRITs Bounce', this week's Top 200 will provide more comprehensive rundown on its impact. Here, using Official Charts Company midweek data, we look at how the live performers have fared since Wednesday night's ceremony at The O2.

Little Mix - Shout Out To My Ex

Opening the 2017 BRIT Awards, Little Mix's 2016 chart-topper Shout Out To My Ex went on to claim Best British Single at the event. The track dipped a place to No.36 in last week's singles chart, but leapt to No.24 in yesterday's midweeks after enjoying a 37.7% sales increase.

After debuting at No.74 last week, sales of Mars' That's What I Like have rocketed 180% to send it to No.44 in the midweek charts.

Sandé's Hurts peaked at No.22 after its release last September but has failed to re-enter the charts after her BRITs' performance. There's better news in the album charts, however, where the Best British Female's second album Long Live The Angels jumps 19 places to No.9 on the back of a 146.6% sales boost.

The Best British Group winners have recorded a whopping 346.6% increase in sales of their single, The Sound, which moves up to No.37 in the midweeks. Their I Like It When You Sleep... album also continues its rise back up the Top 40, checking in at No.13 with a 141% sales boost.

Michael's Ladies & Gentlemen - The Best Of... album rises seven places to No.4 on the back of a 101.3% sales boost following the BRITs' tribute to the late singer.

Perry's memorable BRITs performance with Skip Marley has seen her comeback single Chained To The Rhythm reach a new peak of No.3, with week-on-week sales up 68.9% so far.

Sales of the grime star's Mercury Prize winning album Konnichiwa have risen 78.8% this week, sending the album 19 places up the chart to No.52, after performing his track Shutdown at the BRITs.

Debuted with a surprise performance at the BRITs and released immediately after, Something Just Like This charted at No.30 last week after just one day's sales and has already soared to No.2 in the midweeks. Coldplay's A Head Full Of Dreams LP, meanwhile, is up 21.5% and jumps two slots to No.21.

Ed Sheeran - Castle On The Hill/Shape Of You

After seven weeks at No.1, Sheeran's Shape Of You is certain of another week at the summit after a 101.6% sales increase following his BRITs display. Castle On The Hill drops a place to No.5 despite also being performed at the ceremony, although sales are up 3.5%. His surprise BRIT Awards collaborator Stormzy has also benefited from the exposure, with his debut LP Gang Signs & Prayer currently sitting at No.1 in the albums chart.

BRITs Icon Williams' controversial move of playing three songs from his latest album to close the show has yielded moderate success, The Heavy Entertainment Show recording a 47.9% sales increase to sit at No.42, up six places on last week's chart.