'The Great Escape is essential': Co-founder Martin Elbourne on the magic of the Brighton festival 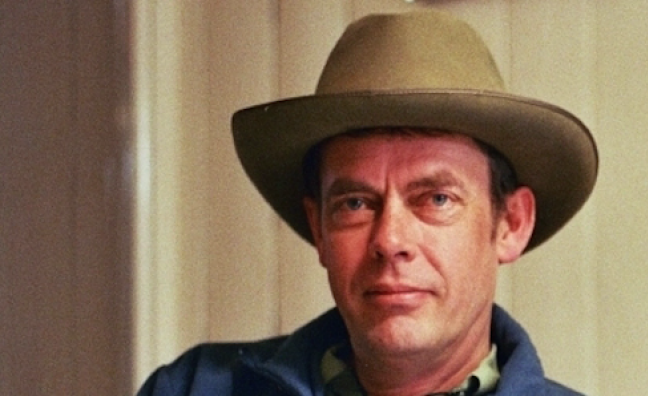 For many in the UK music industry, today is the last day in the office this week, with the annual pilgrimage to Brighton for The Great Escape nearly upon us.

In the new edition of Music Week, which is out now and will be available to every delegate in Brighton, we tell the story of the famous festival.

Co-founders Martin Elbourne, a music industry legend and part of Glastonbury’s booking team, and Reading & Leeds talent buyer Jon McIldowie started us off, before the current team and a host of top music biz names paid tribute to the event.

Now, with its first beachfront venue set to open its doors and a more progressive, technology-focused convention programme than ever before, The Great Escape’s nascent days can feel a long time ago. But the festival has retained the personality and atmosphere that has characterised it since 2006.

Now, we present an exclusive Q&A with Elbourne, as he tries to get to the bottom of what makes the conference and showcase so special, and how it evolved from an idea to a music industry institution.

What does The Great Escape have that’s unique?

Partly it’s geographical. Brighton is pretty much the perfect location. It’s separate to London but it’s close enough to be easy to get to. Pretty much all the venues are walkable. If things aren’t walkable they don’t really work. From the early days, places like Australia and Canada took us really seriously, I would say we had the best line up of all similar events, I think the UK is seen as the gateway to the whole Anglo market, which is seen as probably the biggest in the world. It just ticked a lot of boxes.

What are some of the earliest sets you remember?

I know Adele played one of the first ones. We had some really good Canadian acts in year one. The Kooks played the first one, they were already really big and they’re from Brighton. That was a good example of a screw up, they were playing a 400-cap venue and their guestlist was about 250 people or something. So basically no one could get in and we had really bad weather. That was great for establishing us in Brighton, they were the biggest band there by far at the time.

Our audience knows we’ve got pretty good taste in music

How do you balance keeping the fans and the industry happy?

There’s no easy way. We try and respect both, they’re both essential. The queues are staggered. Pretty much everyone is on the app or the messaging service now, so we let them know which venues they can get into and which are full. I cant claim it’s perfect, but there’s no perfect way of doing this and compared to say, SXSW, which can be terrible getting into shows… You can’t guarantee to get into a show but you’ll still see something. We are very aware of how many tickets we sell. If you sell too many, that’s going to be self-defeating, why would you want to walk around Brighton if it’s raining and you can't get in to see show?

How has the festival stayed relevant?

We’ve pretty much stabilised, there are only so many hotel rooms in Brighton! We’re happy with the level we’re at. We’ve always been aware of making it too big. Unless you’re really super-connected you’re going to get lost in the mix. You don’t want to lose that thing. Our audience knows we’ve got pretty good taste in music. I personally end up going, ‘OK, I’ll go and see a band I’ve never heard of before because I know they’re going to be good, because one of our guys has seen them’. When the weather’s nice and everyone sits outside all the bars, you can get to know people quite quickly. One of the biggest important things about these events is networking.

Is that still valuable to the modern industry?

Totally, absolutely, events like The Great Escape are essential, even more so these days. Obviously everyone’s streaming music, but you absolutely need to meet people face to face. I’ve got some really good friends in the industry, and nearly all of them I’ve met at some kind of showcase thing.

So will The Great Escape continue to tick along as it is, then?

Pretty much. We can’t make it much bigger than it is. You try and improve every year, we have The Beach this year, the tech side gets better, but you want to keep it to the level it’s at, it’s realistic. For a lot of countries it’s the main thing they come to in the UK. Adam Ryan who books the bands does a fantastic job. From an audience point of view, it’s fun walking around Brighton with the streets full, and if you see three good bands a night that you’ve never heard of before… Even if I wasn’t involved, I’d go down. I’ve always liked discovering new bands. When you see a new band or somebody playing their first gig in Britain, it’s exciting and fun.

Music Week is joining the fun by the sea this year, with our In Conversation session with Fraser T Smith set to be a highlight of the conference programme.