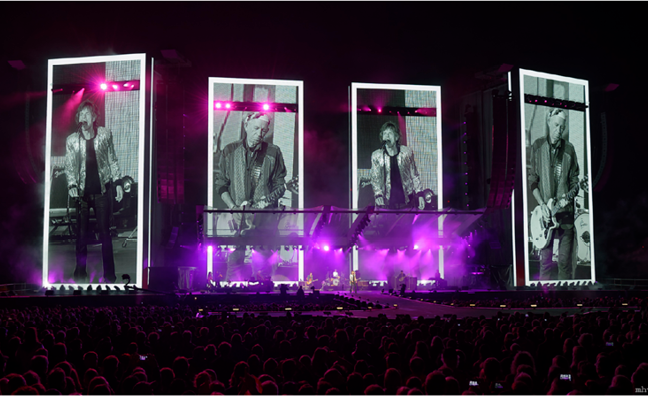 The creative director of The Rolling Stones' No Filter tour has revealed what to expect from the band's biggest UK tour in decades.

The legendary rockers, who performed at Croke Park in Dublin last night (May 17), are due to kick off the UK leg of their No Filter tour at London Stadium next Friday (May 22).

"They take the production really seriously," said Patrick Woodroffe, whose relationship with the band dates back more than 35 years.

"They’ll rehearse for two to three months in London working out new arrangements, trying new songs and remembering the old ones. They take it very seriously, but they don’t take themselves very seriously. By which I mean, they see themselves simply as a bar band. That’s all it’s ever been for them and if you see them rehearsing in a small room, it’s no different than going to a pub in London and seeing a rock band perform.

"They’ve never been perfect - their imperfection is their strength in many ways - and it gives them an authenticity that the audience gets from the very first note that’s played. That’s why they’ve always had a resonance."

The No Filter European tour's 14-date first leg in 2017 visited Germany, Austria, Switzerland, Italy, Spain, Netherlands, Denmark, Germany, Sweden and France, but their upcoming UK dates will be their first in their homeland since the inaugural British Summer Time Hyde Park in 2013.

"There’s a lot of perfection in the way shows are done nowadays - coding for the lighting and video so that it’s timed perfectly and, heaven forbid, lip-syncing or certainly numbers enhanced technologically," said Woodroffe. "You don’t get that with The Rolling Stones. You don’t get every note played perfectly from night to night, but you do get something that’s pretty real."

The UK tour will go on to visit Southampton’s St Mary’s Stadium (May 29), Coventry’s Ricoh Stadium (June 2), Old Trafford Football Stadium in Manchester (June 5), Murrayfield in Edinburgh (June 9) and Principality Stadium, Cardiff  (June 15) before finishing back in London at Twickenham on June 19.