'They're still at the top of their game': AEG's Jim King previews The Rolling Stones' UK stadium tour 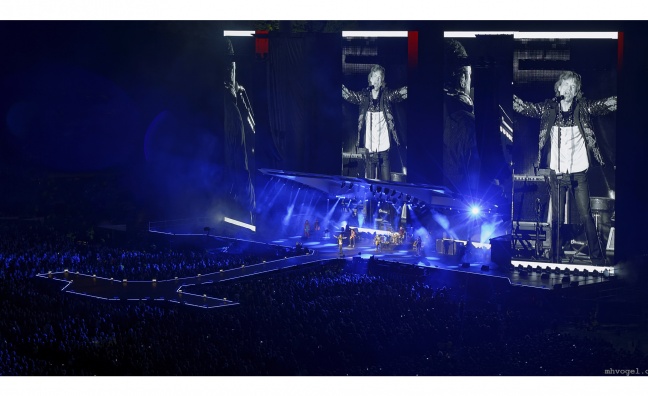 The Rolling Stones are "still at the top of their game" as they prepare to kick off the UK leg of their No Filter tour, promoter Jim King has told Music Week.

The legendary rockers, who starred on the cover of last week's Music Week, play London Stadium tonight (May 22) and again on Friday (May 25), ahead of shows at Southampton’s St Mary’s Stadium (May 29), Coventry’s Ricoh Arena (June 2), Old Trafford Football Stadium in Manchester (June 5), Murrayfield in Edinburgh (June 9), Principality Stadium, Cardiff  (June 15) and Twickenham in London (June 19).

“The band were really keen to take this show across the UK and hit as many markets as they could,” said King, EVP, live music, of tour promoter AEG Presents. “I think we’re without question going to the best venues in the UK, so the fan experience at each of these is going to be fantastic."

"If anyone was fortunate enough to go to the last run in mainland Europe, you can see that they’re still at the top of their game,” said King.

Support acts for the UK tour include the likes of Florence + The Machine, James Bay, Richard Ashcroft, Elbow, The Specials, The Vaccines and, tonight, Liam Gallagher.

“Some of these artists are stadium acts already, but the opportunity to play with The Rolling Stones doesn’t happen very often, especially on this scale," said King. "It’s going to be an amazing event to be part of.

"If there is some kind of story behind it - with a link to the city where we're playing - then that's an added bonus as well and we've been able to achieve that with a couple of these shows [Florence in London/The Specials in CoventryAshcroft in Manchester]."

AEG has worked with the band since their memorable two-night stand at the inaugural British Summer Time Hyde Park in 2013.

"It was a great honour for our company to host the Stones for those two shows," added King. "And I think they go down in history as two of the best Stones shows in the UK."