Tom Chaplin hits out at 'abomination' of online touting 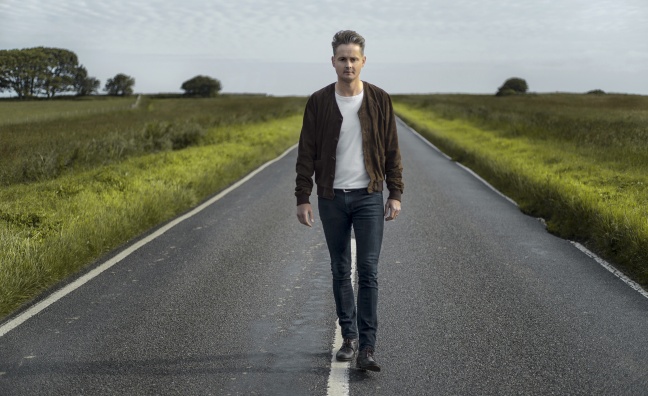 Tom Chaplin has become the latest artist to speak out against online ticket touting, branding it "an abomination".

The Keane frontman, who is currently touring his debut solo album The Wave, which was a new entry at No.3 in last week's albums chart, is managed by Adam Tudhope, of Everybody's Management. Tudhope is one of the founders of the FanFair Alliance campaign, which is lobbying the government to clamp down on industrial-scale ticket abuse.

Ticket restrictions have been put in place on Chaplin's current and forthcoming UK tour, whereby the name of the lead booker is printed on each ticket and they will be asked to present ID to gain entry into the venue, in a bid to limit the excesses of the secondary market.

"It's an abomination really how [online touting's] allowed to happen because it's ripping everyone off who's actually involved in what makes a gig, which is the band and the promoters and most of all, the fans," Chaplin told Music Week. "It's completely ripping all of those people off. And the people who are taking the money are very often remote and have nothing to do with the industry itself."

Chaplin joins artists such as Elton John and Noel Gallagher in either speaking out against the practice.

"It's a very disappointing situation and it's a shame that the government isn't more involved in helping out because our creative industries in this country are thriving and we're renowned for it, yet there seems to be a kind of distinct indifference from continuous governments to actually do something to stamp it all out," added Chaplin. "So if there's anything we can do, particularly what Adam's doing and just even on a low key level for artists, I think it's important to do it."

Booked by WME's Russell Warby, Chaplin's sold out UK tour wraps up at Islington Assembly Hall in London on Monday (October 31). He goes out on the road again in May to play venues such as York Barbican, Albert Hall Manchester, London Palladium, Leicester's De Montfort Hall and Birmingham Symphony Hall.