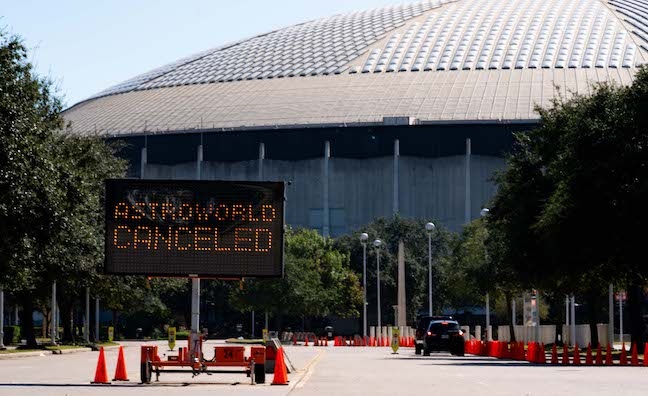 Travis Scott has issued a statement following a crowd surge at the US rapper’s Astroworld festival that left eight dead and hundreds injured.

Police are now investigating the crush at the event on Friday night in Houston. Panic broke out when the crowd surged towards the stage during Scott’s set.

Around 300 people were treated for injuries and at least eight people died, with the youngest said to be just 14. Around 50,000 attended the show at NRG Park.

Lawsuits have been filed against Scott and promoter Live Nation by some of those alleging they suffered injuries during the festival.

In a statement issued in the wake of the tragedy, Travis Scott posted on social media: “I’m absolutely devastated by what took place last night. My prayers go out to the families and all those impacted by what happened at Astroworld Festival.

“Houston PD has my total support as they continue to look into the tragic loss of life. I am committed to working together with the Houston community to heal and support the families in need. Thank you to Houston PD, Fire Department and NRG Park for their immediate response and support. Love You All.”

In a statement, Live Nation said: “Heartbroken for those lost and impacted at Astroworld last night. We will continue working to provide as much information and assistance as possible to the local authorities as they investigate the situation.”

In 2018, Travis Scott pleaded guilty to a public disorder charge after he was accused of encouraging fans to rush the stage at a concert in Arkansas.